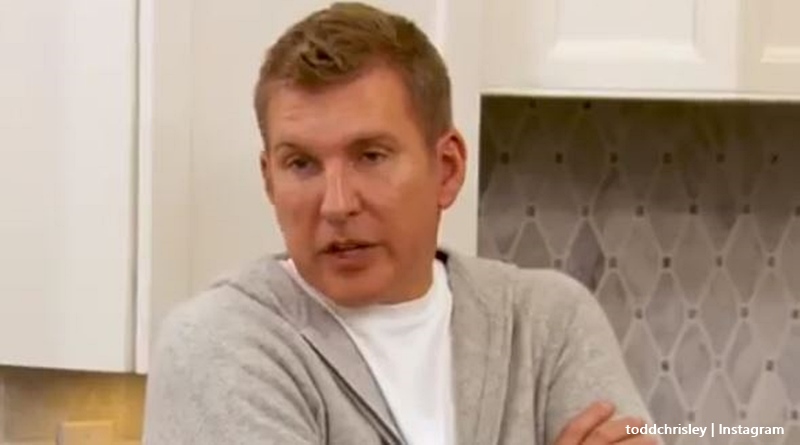 Todd Chrisley’s got big beef with the Georgia Department of Revenue. In fact, he even brought a lawsuit against Joshua Waites. Plus, he weighed in on his feelings when Joshua resigned recently. Now, he alleged that some employees of the department vacationed at Disney at taxpayers’ expense.

TV Shows Ace reported last week, that Joshua Waites of the Georgia Department of Revenue’s Office of Special Investigation resigned. Todd took to his Instagram to weigh in on the news. He claimed that Joshua actually got fired for a long list of things. He mentioned “alleged “unauthorized spending from a slush fund.”‘ Fans of Chrisley Knows Best are well aware that Todd has reasons for his big downer on the department.

Todd Chrisley and Julie ended up in court on tax charges but at the end of the day, they owed just a fraction of what was claimed. People reported that they faced an alleged evasion of close to $2 million in state taxes. But at the end of it all, they settled for less than $150,000 to resolve the claims. Todd’s not letting up on the department who he feels deliberately tried to take him down by any means. So, it’s no surprise he keeps track of them, and why he slammed some Department of Revenue employees on March 9.

Taking to his Instagram on Tuesday, Todd shared a photo of some employees and wrote a lengthy caption. He said, “This is our Georgia Dept of Revenue’s finest at Disney, Amy Doherty Heinz, @aveires, Brad cline, and John Koehler putting those taxpayer dollars to work at the expense of the Georgia Taxpayers.” He promised to elaborate on all of it later in his Chrisley Confessions podcast.

One person asked Toddy Chrisley how he knew the taxpayers paid for it. Todd replied, “because I have the receipts.” Many fans were quite angry about it. But one person claiming to be Amy’s brother wrote, “No they didn’t! I work at Disney (i am Amy’s sister) and got all of them in to Disney for free. So, I’m sorry sir, but your information is very wrong. Oh! I also picked them up from their hotel to drive them.”

Well, Todd Chrisley usually knows his facts, and he didn’t sound phased by the sister. He said, “well isn’t that special … the forfeiture fund paid their way and they are suppose to be in Training, not out partying…but let’s skip that for a moment.” He also added, “ask your sister why she had employees Brian Crisp, Martice (state employees) help her move to her new home in Marietta while on the taxpayers dime?”

Many fans applauded Todd for exposing this sort of allegation. But others just hope he’s got all his facts right. After all, he could end up making more powerful enemies. What do you think? Do you believe Todd’s got the goods on misuse of taxpayers’ dollars in Georgia? Sound off your thoughts in the comments below.

Ready To Ride Into The Sunset With Hallmark’s ‘Taking The Reins’?
Netflix ‘Virgin River’: Will The Show Be Renewed For Season 4?
When Hope Calls’: Latest Info On ‘WCTH’ Spinoff
‘Pretty Smart’ Netflix Release Date & What To Expect
Bode Roloff Schools Daddy Jeremy On How To Start His Truck