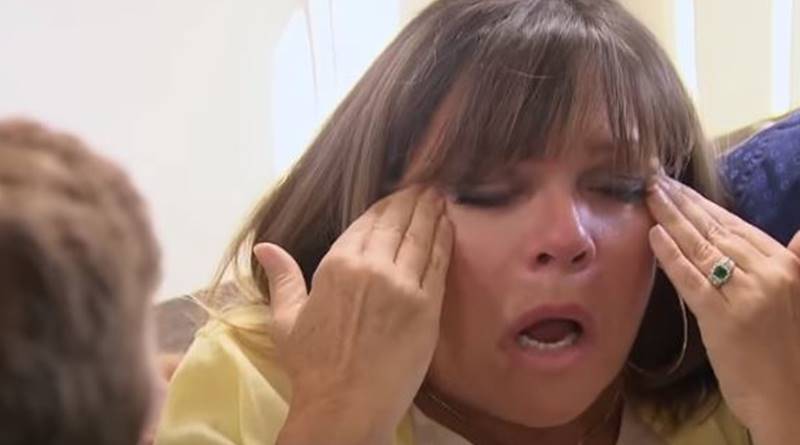 The Bachelor fans already met Peter Weber’s mom during his season on The Bachelorette with Hannah Brown. In fact, she and his dad both cried over their concerns about him maybe getting his heart broken. Actually, she seemed really involved in his love life. And now, fans turned on his mom Barbara for being more than concerned. In fact, many of them think she’s downright manipulative.

The Bachelor – Peter still lives at home, and it seems his mom manipulates him

To their amazement, fans of The Bachelor saw Barbara let Madison have it over the fantasy suite issue she had. Madison is saving herself for marriage and wasn’t happy about Peter being intimate with the other contestants. In fact, she left Australia. Either Peter told his mom about it, or she sensed they weren’t “on the same page,” Meaww noted. Barbs got in her face saying, “I respect you for your values” But then she said it wasn’t her place to question Peter’s feelings for the others. And, she said it’s Peters’s call to get physical or not.

Some fans felt it so wrong for Barbara to pick up on the divide and play it all against Madison. Actually, it was clear to fans that Peter still cared very deeply for her. ET reported that fans went off at Barbara for getting involved in their intimacy. Many of them sounded pleased that Madison stood up to Barb.

One person on Twitter noted, “Was anyone else triggered about how Barb was coming at Madi during their talk? It wasn’t an ultimatum. Girls shouldn’t have to compromise their values just because a show has a fantasy suite which implies intimacy. Madi is a Queen and I’m glad she stood up for herself.” Plenty of others also slammed Barbara for grilling Madi like she did.

While many fans slammed Pilot Pete’s mom for getting in Madison’s face, many more grew angry about the tearful scene. From the preview, everyone wondered who she cried about. Now, fans saw the mega drama and many of them think it was fake crying. It turned out she begged her son to bring back…Hannah Ann, not Madison. At one stage, Peter told her to stop with the tears.

Meaww reported that on Reddit, more fans hated her dissing all over Madison. They cited one fan as saying, “As soon as she randomly starts crying mid-convo with Peter (when he had to tell her to stop) I was like holy shit, she’s manipulating him. That crying was 100% fake and deeply disturbing for a mother and her grown son. Awful!!!” Well, that aspect wasn’t only spotted by Redditors. Twitterati also had their say.

Twitter hits at Barb over fake crying and manipulation

Over on Twitter, many other people also hated how it seemed  Barbara’s way too involved with her son’s emotions. One said, “Me piecing it all together when I saw Barb crying and giving Peter an ultimatum on who she wants to see in the end…It all makes sense, why he likes women who cry, why he kept Victoria P so long…he is used to crazy!!”

Another The Bachelor critic down on Barb wrote, “And Barb trying to manipulate Peter into picking Hannah Ann by crying because that’s who SHE likes better is just wrong.”

we’re feeling like Barb/sweetnums crossed the line tonight & now I can see why Peter condoned all the drama on this season cause look at his mama this episode #TheBachelor https://t.co/WtNAP0NRhv

What do you think about all this drama? Do you think Barbara’s way too involved in Peter’s love life and tried to manipulate him? Sound off your thoughts in the comments below.