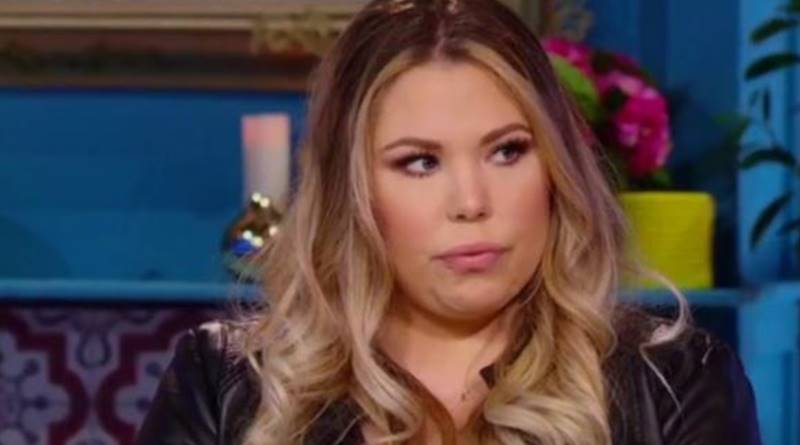 Teen Mom 2 fans know that Kailyn Lowry’s pregnant again. She’s expecting another boy, as was accurately predicted by a medium. Now, she plays a name game with her fans on social media. But, fans await her final name choice. Recently, critics got furious as it looked like she named her child, but they clicked multiple times to discover that’s not the case.

Many fans await the name announcement. So when Kailyn shared, “Baby name revealed!” on Twitter, some people took the plunge and clicked through. Actually, Kailyn’s often slammed for sharing alleged clickbait titles, but people fall for it over and over again. Luckily, those who clicked thr0ugh quickly reported back to warn others not to bother. One person said, “Save a click-she hasn’t named it.”

Another Teen Mom 2 follower complained, “You must click 462 times to learn that the baby is still nameless.” The number of pages that need clicking takes fan pretty much through from the conception of this child, her bleeding, miscarriage concerns, her ex Chris Lopez and almost anything else pregnancy related you can think of. But at the end of the day, yes, it’s a long process of multiple clicks to discover there is no baby name. One follower wrote, “We’re better of just waiting til she gives birth rather [than] clicking through that rubbish.. i know which will end quicker!”

One irate follower told the others, “Don’t click! There is no name in this clickbait. Also, that website gave my computer cancer.” Angrily, another one chimed in with, “You should be reported for these click bait, virus loaded links you post daily. You can’t claim ignorance when you actively engage on this account.” Well, it’s not certain the outlet’s website‘s virus-laden, but it sure does freeze up computers.

Teen Mom cast members seem prone to sharing many more alleged clickbait articles than most reality TV stars. Kailyn recently made her account private so people can read her posts but not embed them. Apparently, it’s because she gets so much hate on her social media. Well, after sharing this sort of story, that’s hardly surprising. If you want to see her original post you can follow this link.

Sometimes, sharing articles by cast members even gets other Teen Mom stars worked up. The Ashley’s Reality Roundup reported in March last year, that Mackenzie Edwards was furious. It came after Janelle shared an alleged clickbait story about Ryan. Jenelle wrote, “Is Ryan Edwards getting abused in prison?” Furious, Mackenzie tackled her head-on for it. On IG Stories, she wrote, “I’m over this. I’m so sick of seeing this clickbait bulls**t.”

What about you? Are you sick and tired of these articles that people like Kailyn Lowry share? Sound off your thoughts in the comments below.