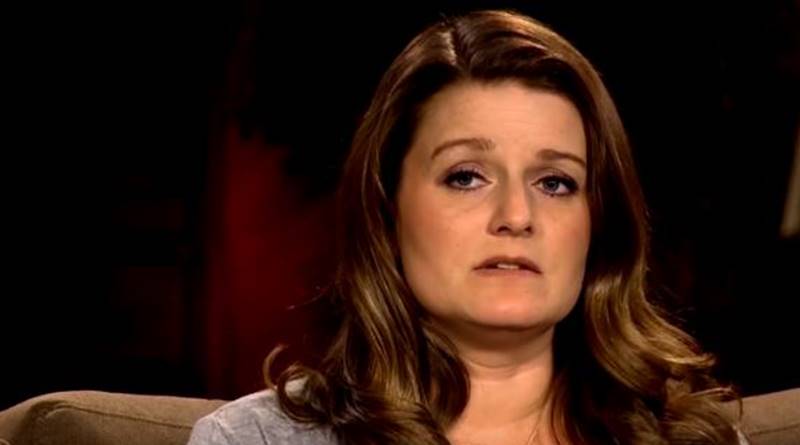 Sister Wives fans got really unhappy with Kody Brown, Robyn, and TLC after the latest episode of the show. It showed Robyn and  Kody arguing about the house and whether they should rent or buy. It all went down in front of the kids and Aurora ended up experiencing a debilitating panic attack. However, loyal fans of Robyn now praise Aurora after the scene got filmed for the show.

TV Shows Ace reported that many people slammed TLC for airing the scene of Aurora having a full-on panic attack. They felt the family exploited a child. The 17-year-old teen shouldn’t have had to listen to her parents arguing about moving house, critics thought. It all came after they got told that Robyn should vacate her rental. They had 60 days to find a new place. Kody told the kids he wanted to buy a home instead of looking for another rental.

The conversation turned into a long bickering session between Robyn and Kody and eventually, Aurora had her panic attack. Later, on Twitter, Kody denied her attack was his fault. Well, Sister Wives fans slammed him and Robyn for holding that discussion in front of the kids. They also slammed them all for exploiting a child to add drama to the show. However, later, Robyn claimed Aurora wanted it aired, InTouch Weekly noted.

Aurora started having real panic attacks when things got super stressful when were told we had to move. It was hard for her to think about moving again and she had a lot going on since it was her Junior year. It was super hard to see her struggle.

After the episode aired and fans slammed them, Robyn said on Twitter that Aurora wanted the panic attack aired. She explained that Aurora hopes “to bring awareness so people are more sensitive and supportive to those who have them.” In a string of three long tweets, Robyn explained about doctors and stress and her daughter, But most fans picked up on her wanting to bring awareness to anxiety and lots of them praised Aurora. One Sister Wives fan wrote, “That is brave and courageous of her. I bet lots of kids will be helped.”

Then another person commented, “Aww she’s a very brave girl because most adults wouldn’t have wanted that included.” Actually, lots of people thought it great that the scene got aired. Mainly, those sentiments came from fellow anxiety sufferers. One said, “Panic attacks are no joke, sometimes they result in overstimulating yourself, and also lashing out. Everyone thinks a panic attack is heavy breathing, shaking, and crying. I applaud you Aurora for sharing your struggle with anxiety. Keep shining your light!!”

Aurora was given the choice whether to let her panic attack be included on the show. She just wanted to be able to talk about what it is like to have a panic attack too. She wants to bring awareness so people are more sensitive and supportive to those who have them.

What do you think about those people who feel happy the Sister Wives scene got aired showing the panic attack? Aurora’s 17. Do you think that’s a bit too young to make that sort of decision? Sound off your thoughts in the comments below.