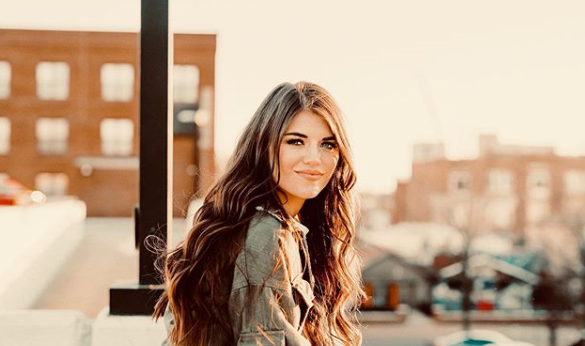 The Bachelor, Peter Weber, has finally gotten down to his last two; Madison Prewett and Hannah Ann Sluss. In the emotional first part of Peter Weber’s finale Madison Prewett was very truthful with his parents. She told Barbara especially she wasn’t going to sacrifice her beliefs for Peter.

Before she met with his parents the two had a long talk about if she could move past his time in the fantasy suites. It was clear she was struggling with the whole process still at this point. She expressed that she had to be truthful with him and everything he does affects her too. Some fans were like, “Peter welcome to a grown-up relationship.” But the Bachelor’s mom had concerns about her trying to change him.

Throwback to when I started this journey.. only one week away from the finale 🌹

Many The Bachelor fans who kept glued to their television through all of Chris Harrison’s cryptic narration noticed something about Madison Prewett. She had something written on her hand during their talk. Madison has been very open about how important her faith is. She saved herself until marriage so it was hard for her to find out Peter slept with someone else.

Twitter went nuts trying to figure out what was on Madison’s hand according to People. One user posted, “did Madison write a bible verse on her hand in the ballpoint pen from her hotel room?” It would be fitting for Madison to do that, because she’s been so open with her faith the whole time.

What Was The Word In Question?

The word that The Bachelor contestant Madison Prewett had on her hand is Proverbs with a number. In her Instagram bio Madison has Proverbs 31:8 which is the verse, “open your mouth for the mute, for the rights of all who are destitute.” That doesn’t really apply here but the number was hard to see. Madison has finally self-eliminated but Peter still wasn’t sure about Hannah Ann as his forever.

The Bachelor fans knew it was coming because Madison said, “it’s definitely hard for me to really be fully present in this moment. Because we’re at that place right now where we have fought, we haven’t given up, but I’ve just realized, you know, it’s kind of time to surrender.”

Madison left and Peter was clearly heart-broken. This means the first part of the finale ended on a cliff-hanger. Fans have to tune into the second part of The Bachelor finale to figure out who Peter is going to end up with. Chris Harrison has teased even Peter doesn’t know how it ends so it should get even more interesting.