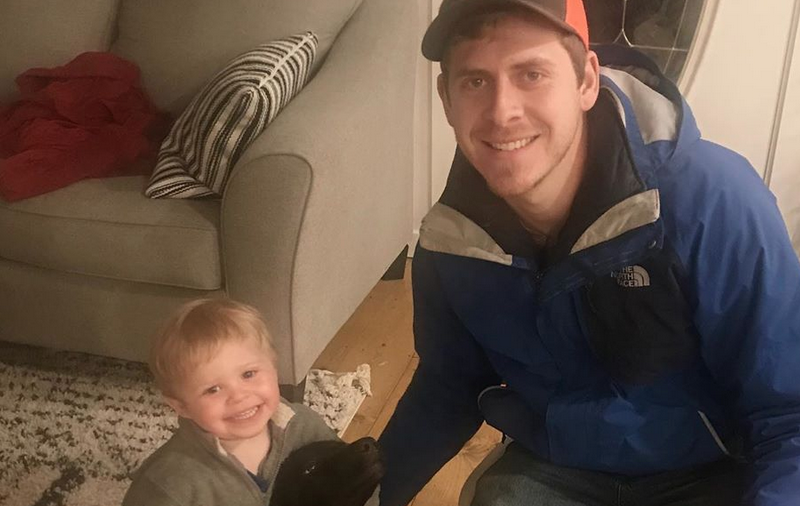 On Monday, Joy-Anna Duggar and Austin Forysth shared a new update about their little boy. They are currently the parents of Gideon Forsyth, who is two years old. They seem to love raising their little guy. Often, they share cute pictures and videos of him. Fans love seeing these posts, especially because Gideon seems like the cutest, happiest toddler.

In the post on Monday, Joy and Austin shared two pictures. One features Joy and Gideon in a bulldozer. The second one is of Austin holding a chainsaw and Gideon is standing there with him. The parents write, “Learning how to clear land from Papa!☺️😍”

Duggar fans are loving these new pictures and think that Gideon looks so grown up. One said, “He’s just a darling boy fun to see him grow💙”

They think he’s a good little helper too. One fan encouraged the parents to show Gideon the ropes of using the equipment, saying, “Teaching them young is the way to go. He has good teachers anyways“.

Recently, as reported by TV Shows Ace, Joy and Austin sat down for a Q&A session on YouTube. They answered the questions that they had received from Duggar fans. In the video, they opened up about a lot of things. They got pretty personal with their followers on everything from their marriage to their spirituality. One of the popular questions was about their family growing.

Another one fans wanted to know about was Austin’s job. The couple revealed that Joy is often able to go with Austin to work as he is self-employed. In the past, she has talked about how exciting it is for her to tag along. Plus, this is some good quality time for the two of them.

In the video, Austin talked about his job. He said, “I own and operate a small excavation business and I’m also a commercial contractor.” Then, he added they do “a lot of home-building.”

Perhaps, Gideon will join his dad in his excavation business someday. Of course, that’s a long way off since the little one is only two. No matter what he ends up doing, Duggar fans think the little guy helping his dad out is adorable.

Both Joy and Austin seem to be hands-on and good at DIY projects, so maybe they’ll continue to keep Gideon involved. Fans are always impressed when they see what the family is up to.

We’ve got tons of touch up paint to do and a whole lot of unpacking, but so happy to be moved into our home!!🏡 . None of our furniture/drapes/decor matches right now and we haven’t got our couches yet, but thankful to be out of the camper before we have another cold front move in!!🥶👏🏼🥳 . #itisaworkinprogress #finallyhome #movingin #newhome #christmastree

How cute are those pictures of Gideon with his parents? Doesn’t he look like a hard little worker? Share your thoughts below.

OH NO!!! One Of Todd Chrisley’s Children Confirms Divorce
Scheana Shay Confirms Engagement, Feels At Peace With Life
‘Love Island USA’: Flo Wants To Be The Only Girl On Will’s Lips
Audrey Roloff Reveals Why She Kept Her Pregnancy A Secret
Catelynn Lowell DRAGGED For ‘Twisted’ & ‘Disgusting’ Clickbait