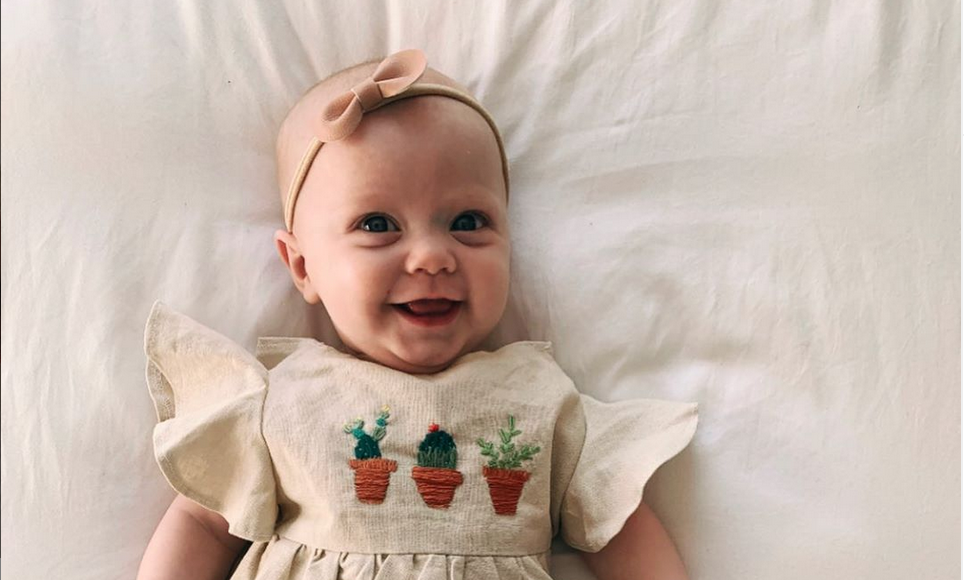 Often, people tell parents which parent or relative they think their child looks like. The same is true of the Duggar family. Recently, fans pointed out who they think Ivy Seewald looks like. Now, Lauren and Josiah are asking their followers whether Bella looks more like mom or dad.

Because they posted this as an Instagram story on their shared account, fans couldn’t comment publicly. They could send a message to the family and share their thoughts. But, Josiah and Lauren never revealed who received the most votes. Plus, any messages they received from their followers can’t be viewed by the public. So, it’s unclear what fans think based on these pictures.

As TV Shows Ace reported, Josiah and Lauren shared a new photo of Bella as she turned four months old. In response to that photo, Duggar fans are weighing in on who Bella looks like. This time around, it seems like fans think Bella looks like Jessa Seewald’s 9-month-old daughter, Ivy. Ivy and Bella are cousins, and Jessa and Josiah are siblings.

One follower wrote, “She’s a Cutie, I think she looks like Jessa’s Baby girl.” Someone else said, “I see a bit of cousin Ivy“.

Another Duggar fan thinks that Bella looks like Lauren in the new picture. They wrote, “She is too stinking cute and looks just like her Momma😘“. Someone else wrote, “So beautiful, looks like her sweet Mommy!!” Of course, in plenty of other pictures, Bella looks like Josiah. A handful of comments on their recent post mention how Bella is a perfect combination of the two of them.

In addition to those comments, fans shared that they think Bella is adorable. They think she looks so cute in her new cactus dress and hairbow. At least fans can agree on that. Plus, fans noticed she’s starting to get a little bit of hair. They’ve loved getting to watch her grow up, thanks to social media.