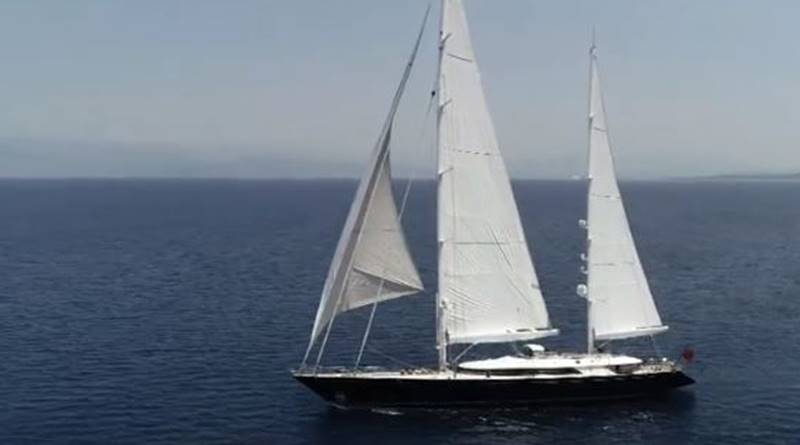 Below Deck Sailing Yacht fans grew irate with the unruly crowd of guys in the latest episode. It came after their charter guest Lenny picked Madison up. Pretending he worked out with a weight bar, he used her as his gym equipment. Naturally, that upset Madison hugely. Now fans reacted angrily. The whole incident was filmed and nobody stopped it.

The very loud and brash party of guests on the yacht behaved really badly. But, it simply seems the company hates any complaints from the crew. Even Parker Crown seemed unworried by Madison’s encounter. Obviously, the crew feared that if Madison made a scene they might not get a decent tip. Well, after what she went through, some fans think Madison should take home the entire tip. TV Shows  Ace noted that fans really hoped for a good season. But the relations between Chef Adam Glick and chief stew Jenna MacGillivray put them off.

Now, with the ugly scene involving Madison, they seem less than impressed with the show. Plus, they also got a bit angry at Bravo. After all, Madison never really called out men on Watch What Happened Live. Like backtracking, some fans think she got caution about creating a scene. True Tea noted of Below Deck Sailing Yacht that, apparently, Madison and Parket had dinner with the guys later. More sweeping the problems under the rug, perhaps, some fans think.

Well, what Madison was told to say or not say after the incident seems irrelevant to a lot of people. News Week reminds readers that Madison said, “I’ve never been handled like that by a charter guest before…like, no words.” Later, Lenny Michel told the outlet he just played around in fun. But fans watching him manhandle Madison, felt it inappropriate behavior.

Below Deck Sailing Yacht fans stated their case on twitter. One person commented, “How dare this charter guest put his hands on Madison!” Another one noted, “@BravoTV better have a chat with that idiot charter guest Lenny about being a jackass to women. His “Don’t tell anyone!” comment means he KNEW better. This is Madison’s workplace. She should not be subjected to something like that!”

@Kate_Chastain would not let Madison deal with this guest craziness, and certainly not alone after the guy physically picked her up #belowdecksailing

Other viewers thought Bravo totally in the wrong over the whole incident. One person pointed out, “This was assault plain and simple. @bravo producers witnessing and not stepping in makes them culpable.” Another one raged, “Omg. How does @BravoTV’s #BelowDeckSailing allow a woman to be treated like that?”

What did you think about the scene where Madison grew so upset after the unruly guest manhandled her? Sound off your thoughts in the comments below.

Remember to check back with TV Shows Ace often for more news about Below Deck Sailing Yacht.