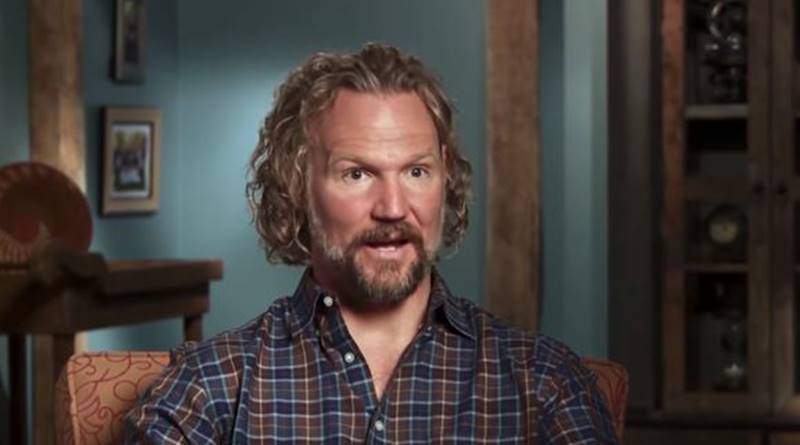 Sister Wives fans grow increasingly bored with the never-ending arguments about the homes in Flagstaff. Kody Brown and his wives can’t seem to agree on where or how to live. Now, after discussing their housing problems in front of the kids, fans went from bored to furious. Kody Brown got slammed as Robyn’s daughter, Aurora suffered a panic attack. For many fans, it’s tasteless and verges on abuse to profit off a child in distress.

TV Shows Ace reported that the preview for last night’s show revealed Aurora had a panic attack. As the preview promised, fans saw the young teen freak out. It came when Robyn’s rental got sold. That meant they only had about 60 days to find another home. Robyn and Kody decided to discuss their fears and worries in front of the kids. And that got fans mad. Some of them felt that simply telling them about the upcoming move is where the kids’ involvement should have ended.

Kody and Robyn started bickering about whether they should buy or rent a home. Cheatsheet noted that “as the couple argues back and forth, the kids get increasingly stressed and anxious.” In fact, Robyn’s angry as Kody just went ahead and used the kids to say he’d made a decision about buying a home. She said, “I guess Kody decided to tell the kids that he wants to buy.” Sister Wive fans got really hot under the collar as they saw the bickering between the two adults go on and on, And, the kids sat there and heard all their fears and unhappiness come out. Finally, Aurora had a panic attack.

Over on Twitter, appalled fans of the show slammed Kody. Not just for the argument in front of the kids, but for filming the young teens’ total freakout. Kody carried her out crying. And, fans told him exactly what they think of him. One follower said, “Omg. Robyn’s and Koody are disgusting. Filming their kid’s panic attack for ratings. I thought when they forgot to water Truley was bad, but this is far worse. Sick bastids, (sic).

Kody denied he caused the panic attack. So, one Sister Wives‘ follower wrote, “You are totally wrong when you say that YOU didnt do this to her. You dont carry on an adult conversation constantly referencing how you are arguing with their mother in front of them, esp knowing one has panic attacks from STRESS.”

THANK YOU!! Why the hell are they engaging in this whole dialogue knowing Aurora struggles with them disagreeing and stress? Telling the kids they need to move is one thing – and entire debate about housing, rentals and Gods Plan…smh! #SisterWives

Disgusted, another person noted, “I bet you people are really proud of yourselves. Exploiting a kid having a panic attack to keep the money rolling is just gross. Is there anything you won’t do to keep [Kody] flush with cash?” Several fans of the Sister Wives show slammed TLC as well. Like this comment below:

Hey. @TLC can we all agree that it's time to end #SisterWives? I feel like Kody and his wives have exploited their children enough & it's time to help them escape this awful family and move on! #CancelSisterWives

What are your thoughts on Kody Brown filming the panic attack by Aurora? Are you angry? Sound off your thoughts in the comments below.