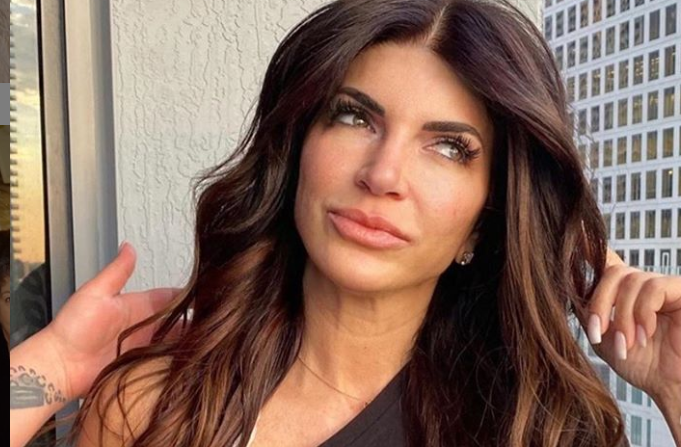 Teresa Giudice of RHONJ has had a trying year with her husband being deported. The two were also going through a divorce. Now the real housewife has had enough of Melissa Gorga and Joe Gorga, her brother, talking crap about her estranged husband.

She doesn’t care for people talking poorly about him. When she was recently asked how she felt about it, she said, “I don’t like it and I told them no more. I mean, listen, my brother is upset. And my brother has kept his mouth shut for a long time but now I told both of them quit it.” She said she told them both she didn’t want to hear another word about Joe from them.

RHONJ star Teresa Giudice Is Protective Of Her Family

Teresa Giudice and Joe have four daughters ranging from nineteen to ten. Gia, Gabriella, Milania, and Audriana are the most important part of both of their lives. They told everyone they’d decided to split after a visit in Italy where he was awaiting his verdict for deportation. She made the trip with all their children giving some fans hope the two were going to reconcile.

Teresa even said things could come to blows if they didn’t stop. According to US Weekly she said, “Going into the next season — if they say boo about him — I am going to explode. They know not to talk about him anymore. And my kids don’t want to hear it.”

Joe Gorga Has Been Open With His Feelings

Joe Gorga has never been shy about the way he feels when it comes to Teresa Giudice’s marriage. He said he thought Joe was completely wrong how he treated his wife after prison. Gorga said, “I think they should have been separated sooner. She should have moved on sooner.”

Teresa had said she thought Joe wanted to be a couple again. She said she’d been unhappy with Joe for such a long time, that it wouldn’t be a good idea. Despite how she feels about her ex-husband if someone talks badly about him, they better be prepared to fight.