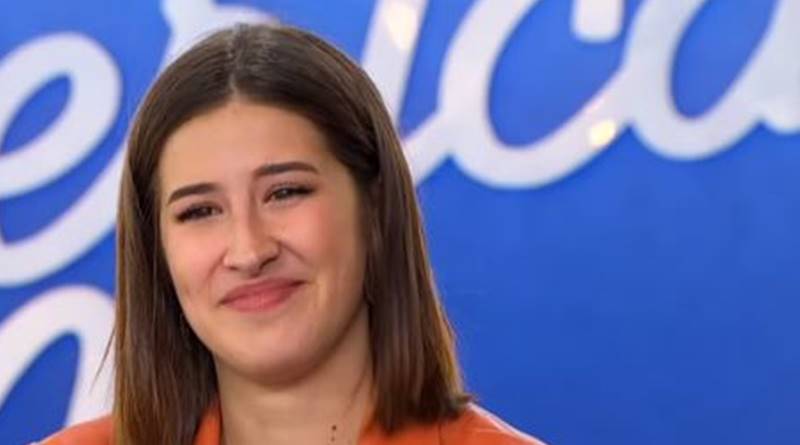 American Idol spoilers emerge. While there’s a margin for error, mostly, between the Top 40 and Top 18-20 list, names get duplicated. So, it’s possible that most of the spoilers are accurate. This article brings spoilers about Sophia Wackerman. Katy Perry called her a star. So how far does she go this season? Note Spoiler Alert! Stop reading if you don’t like spoilers.

Katy Perry seems to be making very accurate calls on the talent this year. TV Shows Ace reported that Katy told Margie May’s boyfriend, Johnny West that he’d go further than she would. Well, we noted that spoilers show Katy made an accurate call. It looks like he makes it through to the Top 20. But, on the Top 40 and Top 20 list on Idol Pad, Marjie was long gone.

On Sunday’s episode, Katy made the call that Sophia Wackerman’s got the making of a star. Meaww reminds readers that Sophia’s “a Global Jazz studies major at UCLA who hails from Long Beach, California.” She revealed that her family’s into music in a big way, in a behind the scenes shot of American Idol. Actually, her dad plays the drums. Get this? He actually toured with Frank Zappa. Her mom was no wanna-be either. She sang with the Moody Blues and did some vocalizing with Belinda Carlisle.

The moving side of the story is that Sophia’s mom passed away. Now, she wants to follow in her footsteps and launch her own music career. As she and her mom, Naomi Starr used to watch the show together, her chance to audition is quite an emotional moment for Sophia. Then, moving to the piano, Sophia launched into her song. Afterward Luke said that she has a “signature tone.”

The judges agreed that she’s a “sparkly” character. Then, Lionel said the judges “fell in love with her personality.” The fact that she plays the piano and other talents mean that “they all work in her favor.” American Idol‘s Katy Perry said she needs some coaching on technical things. But, she agreed with Lionel that she sees her getting to the Top 10.

How far does Sophia Wackerman go?

Well, we can’t say if Katy Perry and Lionel’s prediction for the Top 10 came true. That’s because the Top 10 spoiler list on Idol Pad‘s not out yet. However, they have her down as singing “Levels” by Nick Jonas in the Top 40 Showcase Round. Then, we see her name again on the Top 18 to 20 list as well. So, it looks like Sophia’s well on her way as a top contestant on American Idol Season 18.

How did you think Sophia did? Did you catch that sparkly personality? Did you like her voice? Sound off your thoughts in the comments below.

Remember to check back with TV Shows Ace often for more spoilers about American Idol 2020.