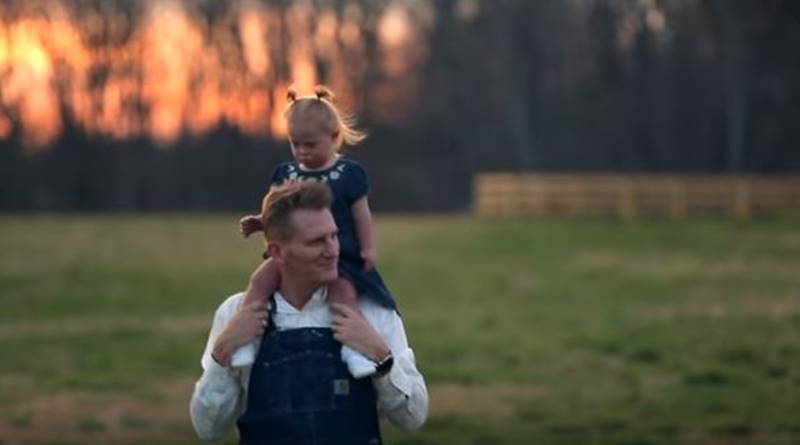 This Life I Live started out as a blog by former country singer Rory Feek. Now on RFD-TV, Todd Chrisley urged his fans to follow his sad but inspiring story. The show airs on Sundays at 8 pm central time on RFD-TV. Interested people can see the backstory in a YouTube video further down in this article.

This Life I Live gets the thumbs up from Todd Chrisley

Todd Chrisley fans know him for his sense of humor and his pranks. TV Shows Ace noted that last year, Todd joined up with Luke Bryan and his wife for their annual 12 Days of Prankmas. But there’s also a serious and very religious side to the star of Chrisley Knows Best. Now he went onto his Instagram to announce that he recommends fans watch the new show, This Life I Live.

On his Instagram post this weekend, Todd wrote, “I can’t wait to watch this show.” He said he “followed Joey and @roryfeek for years, through the good and bad.” Todd’s super-excited to follow the next chapter. He added, “I encourage all of you to join in, it’s gonna make us all better people for watching.” Some fans never heard of Rory Feek, but he’s already quite famous.

Rory Feek gained fame for song-writing and country music. In fact, fans of Can You Duet by CMT might recall that he and his wife Joey came in as third place in the first season. The Boot reminds readers that Rory’s wife Joey passed away from cancer in 2016. Before that, they gathered quite a lot of fans as a country and gospel duo. It comes from RFD-TV, which Rory works with as the chief creative officer role with the platform.

RFD initially helped Rory and Joey get ahead, he hopes to inspire others and help them get ahead in their careers as well. The clip up on YouTube describes how Rory and his wife got their beloved daughter quite late in life. She battled two bouts of cancer, and eventually passed away.

The community who shares the life of Rory

In the voiceover of the show on YouTube, Rory talks about the community he lives in. He and Joey ran a restaurant in town and pretty much knew everybody. He talks about how he was a songwriter and a single dad to two teenage girls before he married Joey. Then, they welcomed their little girl together.

This Life I Live seemingly brings some tear-jerker moments but also highlights the beauty of life and the lessons we learn along the way. Above all, it covers the aspect of faith when hard times come along. Todd Chrisley’s excited about it and thinks his followers will also enjoy following Rory Feek’s journey. Do you think it’s worth tuning in? Sound off your thoughts in the comments below.

Remember to check back with TV Shows Ace often for more news about Todd Chrisley and This Life I Live.