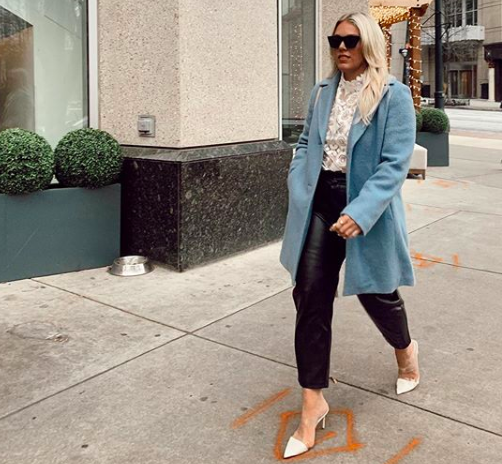 A Love is Blind contestant has revealed the details about what it is really like to be on the show, and we could not be more excited!

For anyone out of the loop, Love is Blind is a social experiment reality show that puts 15 males and 15 females into a facility full of dating pods and dorms. The end goal is to find a fiance. There is only one rule, no one can see each other before getting engaged. You can learn more about the premise from TV Shows Ace.

But what is it actually like for those entering the pods? Cosmopolitan UK spoke to Lexie Skipper. She was a part of the experiment from day one and eventually got engaged, but didn’t make it to the final round.

The process began for Lexie when she was contacted on Instagram about the new show. She stated, “it came at a time when I was just really fed up of dating. I just thought, This is something totally different, and maybe it will work.”

Just a short month after that message, Lexie found herself in the pods.

On the first day in the pods, every contestant went on 15 dates – every woman dated every man and vice versa. They were speed dating with every meeting lasting only seven minutes. Then at the end of the day, everybody ranked their dates from 1 – 15. Each day from there, the number of dates they went on would decrease, and the length of those dates would increase, as producers knocked people off the bottom of each other’s lists. Lexie stated that “there were a lot of dating rounds that weren’t really shown in the series.”

So blessed to have experienced an amazing journey with my #loveisblind family! Had amazing night for the @netflix #loveisblind premiere. • • #loveisblind #mensfashion #loveyourself #relationships #netflix #netflixandchill #netflixshows #tvshows

“The pod intensifies everything – you have no distractions and are totally cut off from your real life. It was so nice not being judged on your appearance, or at a surface level – you were really given the chance to dive deeper into your emotions and connect with someone,” stated Lexie.

By day 10, Westley proposed by decorating Lexie’s pod with flowers, cheesecake, and wine. This was another aspect of the show contestants were allowed to do, but the series never showed it.

The End of their Televised Journey

Shortly after meeting face to face for the first time on the red carpet, the pair was separated from each other. This is when a producer broke the news that they weren’t going to Mexico with the others. Lexie stated, “It was really hard to take – if I’m honest, I don’t really know why it happened. It wasn’t a long conversation – they just said they didn’t have the capacity to cover our relationship, and that our journey on the show was over.”

Thankfully, that didn’t mark the end of the duo’s relationship. Lexie said, “As for where we are now, we talk every day and are definitely in a good place. We watched a lot of Love Is Blind together, and I wish more of our journey was shown. We’ve talked through a lot of what ifs – if we went to Mexico, would we be married now? Would we be together? Our lives changed completely because of the show, but maybe they would have changed even more.”