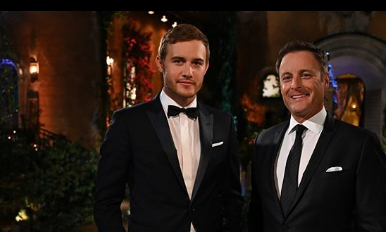 In a world of spin-offs, The Bachelor franchise has come up with yet another one. It seems producers want to capitalize on the success of shows like The Voice and American Idol. A show called Listen To Your Heart is set to air and it’s being hosted by Chris Harrison. The show will be on between the end of Peter Weber’s season and the beginning of The Bachelorette. The new show will have music at the heart of it.

Ten women and ten men will go on dates and sing together to be judged. Stars from Bachelor Nation will be there to give their thoughts on the performances. However, some fans feel like they are being forced to watch it, and they don’t want to. Those fans who don’t care for music competition reality aren’t feeling this new twist.

My best friend turns a quarter of a century today! Love you @jettinjack

Why Do Fans Of The Bachelor Feel Forced To Watch LTYH?

Fans of The Bachelor feel like they have to watch Listen To Your Heart because of Bachelor in Paradise. A watcher on Reddit said, “won’t they be using people from that show for BIP? I don’t want to watch it either, but I want to be able to know all the backstory for Paradise.”

The seventh season of Bachelor in Paradise is set to premiere in August, so it makes sense contestants from LTYH will be on the show. Another user of Reddit said they felt like they’d be lost if they didn’t watch it.

Not All Fans Feel That Way About It

Not all Bachelor fans are created equally. There are some that believe they’ll be completely okay skipping the show according to The Cheat Sheet. One fan said, “I just can’t bring myself to care enough about this show to sit through it for the chance to get to know the couple people who will be on Paradise.”

Others said they had skipped whole seasons and been fine when watching BIP. They also pointed out that the ones on the show who do the best aren’t even on their previous shows as much. They don’t have the same personality as their edits the other shows gave them, so it’s better not to know their pasts. Whether they want to watch or not, fans will get their chance starting April 13th. Bachelor Nation will be going straight from Peter Weber’s finale to a new chance at love with music.