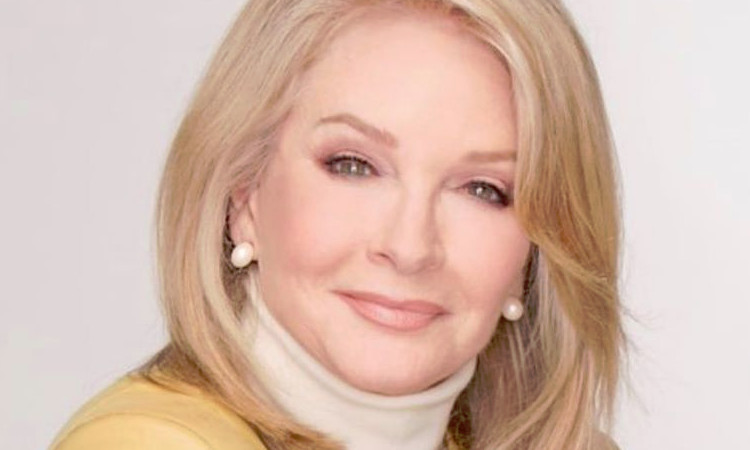 March came in like a lion on Days of Our Lives. But Ben (Robert Scott Wilson) did not go out like a lamb. Last week his fate hung in the balance as he was set to be executed for killing his sister Jordan (Chrishell Stause.)

Thanks to Ciara (Victoria Konefal,) Ben lives to see another DOOL. Hopefully the same is true for three other characters facing danger this week.

Marlena is in Danger on DOOL

Even though DOOL villain Stefano is dead in body, he’s still alive in Steve’s (Stephen Nichols) mind. Dr. Rolf implanted Stefano’s memories into the former merchant marine. ‘Stevano’ is obsessed with Marlena (Deidre Hall) and will go to any length to be with his “Queen of the Night.”

Marlena begs Dr. Rolf (William Utay) not to go through with the procedure. However, her pleas won’t change his loyalty to The Phoenix. Spoilers say that John (Drake Hogestyn) confronts Dr. Rolf, but is he too late to save Marlena from the mad scientist’s clutches?

Nicole Puts Together the Pieces of Baby Mickey’s Paternity

Overhearing an odd conversation between Xander and a doctor from the hospital, Nicole begins to suspect something is up. Her suspicions are confirmed later this week. Will she do the right thing and tell Eric the truth or is she still up to her old ways?

DOOL’s Will and Sonny Reunite

Now that Will (Chandler Massey) is out of prison, there’s nothing standing in the way of his relationship with Sonny (Freddie Smith.) Sonny knows that Will isn’t the one who killed his mother.

While the pair considered divorcing when Will was in prison, neither ever signed the papers. The couple recommit to their marriage this week. Fans learned a few weeks ago that the actors are leaving DOOL. Fans weren’t happy, TV Shows Ace reported. But it looks like the couple will get a happy send-off, at least.

‘Stevano’ was not happy when Chad (Billy Flynn) chose Abby (Kate Mansi) over him. Not known for his parenting skills, ‘Stevano’ drugs Chad as payback. He then orders Chad to kill two of his enemies – Kate (Lauren Koslow) and Gabi (Camilla Banus.)

Speaking of Kate Mansi, she is apprenticing backstage at DOOL, learning the ropes as a director. She directed an episode of the Chad & Abby Digital series on the Days app.

Announcement : I joined the Bachelor! Kidding… I just stole their confessional so I could give you behind the scenes look at what my journey was like shadowing my female director mentor Sonia Blangiardo before directing! Thank you to @michaelfairmantv for giving us major moody confessional vibes 🎥 (PS… only a dancer would ever sit this way in a chair comfortably.)

Other soap actresses are also getting into the directing field. Several ABC stars have guest-directed episodes from Freeform’s show Good Trouble.