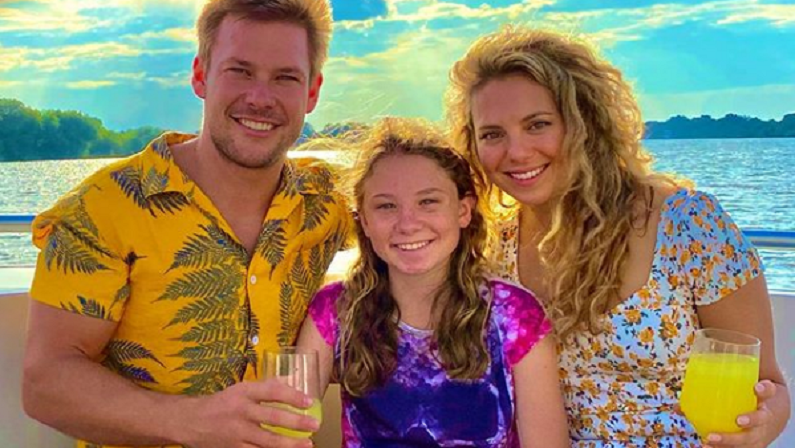 Below Deck Mediterranean star João Franco announced his engagement to girlfriend Michelle Dicu. He exclaimed that they have “happy hearts” at the moment. João was the one to pop the question. He also revealed that it was the “most incredible feeling” in the world when Michelle said yes. Read on to find out more about the happy news.

As per People, Below Deck Mediterranean star João Franco announced his engagement to girlfriend Michelle Dicu. He took to Instagram on Friday, March 6 to make the announcement. João started things off by posting several photos of their trip to his nativeland of Zimbabwe. In one of the photos, João and Michelle pose near Victoria Falls, while another photo shows the couple smiling as Michelle flashes her engagement ring.

“The most incredible feeling I have ever felt was when she said yes,” João wrote in the caption. “I’ve never felt a happiness so true and I fall in love with her over and over again, every day. Here is to the rest of our lives by each other’s side.”

The most incredible feeling I have ever felt was when she said yes💕 I’ve never felt a happiness so true and I fall in love with her over and over again, every day. Here is to the rest of our lives by each other’s side❤️ #engaged #happyhearts

João ended his post with the hashtags “engaged” and “happy hearts.” He also shared another close-up of Michelle’s engagement ring, which is a round diamond surrounded by a halo setting. It is featured on an infinity band.

João Franco receives congrats from his fellow Below Deck costars

Everyone is happy to hear the news that the Below Deck Mediterranean bosun popped the question. He and his fiance are not the only ones who have “happy hearts.” Judging by the comments he’s received from his fellow Below Deck costars and Bravo friends, the feeling is mutual.

Colin Macy-O’Toole appeared to be angling for the Best Man role, as reported by The Daily Dish. He commented on João’s Instagram post by writing, “Congrats buddy! I wish nothing but love and happiness to you both!!” He also took to his Instagram Stories to congratulate the couple once more.

Meanwhile on Twitter, a Below Deck fan suggested a “wedding special” with Below Deck Mediterranean star Captain Sandy Yawn as João and Michelle’s officiant. She seemed to be down with the idea. She shared the fan’s tweet with the message “Love this! #BelowDeckWed.” As TV Shows Ace reported, she just celebrated a huge milestone. She turned 55 years old.

We wish the couple all the best with their engagement. Don’t forget to check back with TV Shows Ace for the latest news on the stars of Below Deck.

Savannah Chrisley Deletes Controversial Shark Post, Trolls Switch Gears
‘Vanderpump Rules’ Season 9 Will Be More Exciting Than Fans Think
UPtv’s ‘Love In Whitbrooke’ Takes You To A Romantic Small Town
‘Y&R Spoilers : Who Kidnapped Mariah Copeland And Where Is She?
‘Days Of Our Lives’ EXCITING Comings & Goings: Johnny DiMera All Grown Up – Rex Brady Back