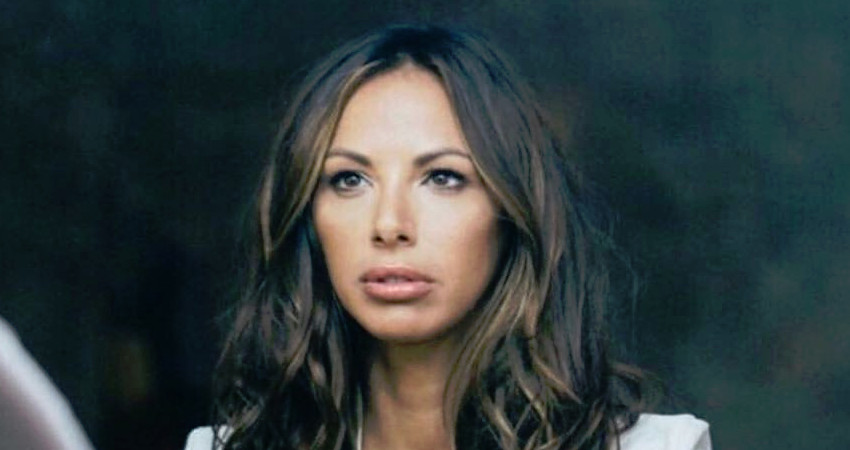 He’s Making You Crazy draws from her own relationships, several of which VPR fans have watched play out on the show. Which one of her castmates probably won’t like being included in the book? (You can probably guess.)

You may be wondering why Kristen Doute, of all people, is writing a relationship book. VPR co-star and ex-boyfriend Tom Sandoval recently said Kristen is “messy,” in relationships, in life and in general.

However, the former SURver wants others to learn from her mistakes. And there have been plenty to choose from. From cheating on Sandoval with Jax Taylor to hooking up with James Kennedy.

Kristen’s latest mistake, a long break-up with Brian Carter, has her on the outs with former friends Stassi Schroeder and Katie Maloney-Schwartz. The constant back-and-forth between Kristen and Carter put a wedge between her friendships with her VPR co-stars.

Despite her screw-ups, fans can’t help but root for Kristen. TV Shows Ace reported two weeks ago that fans were in an uproar over her lack of airtime this season.
<

Part of the reason Kristen is writing the book now is because she feels “capable” of explaining herself, The Blast reports. She wants to “give every reader the tools to avoid or get out of unhealthy situations and find real love.”

One Co-Star Who May Be ‘Pissed’ About Inclusion in Book

Kristen definitely didn’t find real love with Jax, James or Sandoval. While she’s moved on from those entanglements, parts of her book address the romantic situations she’s found herself in since Vanderpump Rules began.

Jax and Kristen’s affair is still one of the most shocking things to happen on the hit Bravo show. Rumors began early in Season 2 that Jax and Kristen hooked up, but both stars denied it. Eventually, Jax came clean, but Kristen still refused to admit it.

The rumors ended up being true, though.

Sandoval and Kristen broke up and she briefly dated James. Her next relationship with Carter fell apart during Season 7 of VPR. At the reunion, she said they were broken up but that wasn’t completely true.

Kristen’s book doesn’t name names, but her co-stars will likely recognize which parts are written about them. One chapter addresses the cheating scandal. Kristen has given Jax’s wife, Brittany Cartwright, a heads-up, but Jax is still in the dark. She says the book doesn’t “trash Jax” but “He’s probably going to get pissed.”

Sandoval and Ariana Madix, whom he began dating after splitting with Kristen, are featured in parts of the book, too.

Former close pals Kristen, Stassi and Katie had a falling out over Kristen’s on/off relationship with Carter. While Kristen and Stassi made up earlier in the season, an argument at Brittany’s bachelorette party put them back at square one.

Kristen is hurt that Stassi and Katie were able to cut her off so easily, Reality Blurb reports. At this point, the VPR star “doesn’t care” if the self-proclaimed ‘Witches of WeHo’ reunite or not. However, Kristen says she still considers Stassi a sister.

More of Kristen’s relationship and friendship drama will play out on the reality show. Season 8 of Vanderpump Rules continues Tuesdays on Bravo.

Love In The Afternoon With Hallmark’s ‘A Little Daytime Drama’
At Eight Months Sober, Chase Chrisley Celebrates Home Ownership
Wait, Why Was Jeremy Vuolo Silenced On TikTok?
Farrah Abraham: Concern Mounts For Sophia Following Bizarre Video, Does She Need Help?
‘The Bold and the Beautiful’ Spoilers, August 2-6: A Wedding For Steffy and Finn