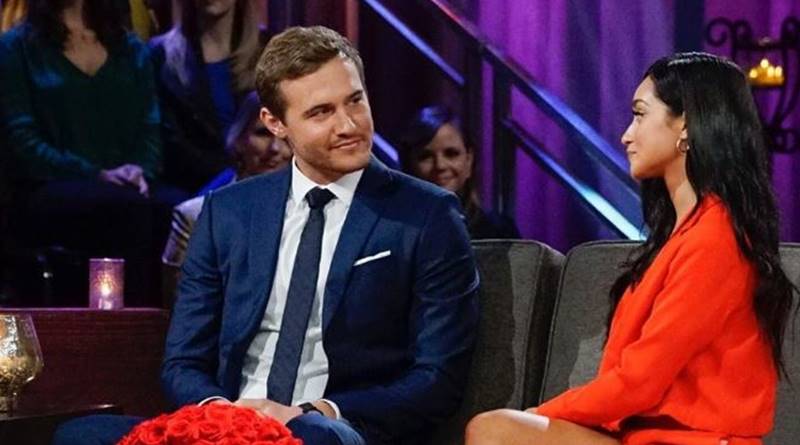 The Bachelor fans found out that Peter Weber sent Victoria Fuller home on Monday. But word is flying around the internet, that one contestant might get asked back even if it’s after the main season finale. There’s still some hope, Victoria’s fans think. Peter commented on one of her Instagram posts and fans begged him to go and win her back.

The Bachelor – Victoria Fuller thanks Peter Weber on Instagram

TV Shows Ace reported that Peter seemed mad at Victoria Fuller. It came when Peter’s ex from 2012 told him Victoria broke up couples. Naturally, Victoria denied all of it and it was even discussed on the Women’s Tell-All. Anyway, the whole thing seemed to make Peter angry enough to send her home. After her send-off, Victoria took to Instagram to thank Peter, despite being let go.

In her post, Victoria wrote, “Thank you. Thank you for teaching me about myself, even when I didn’t want to know.” Very graciously, she thanked him for other things as well. For example, she mentioned patience, kindness, and unapologetic love. Then right at the end, she said that she respects him. The Bachelor contestant certainly seemed to handle it very well. And, Peter commented back.

Peter’s very small comment gets fans pleading with him

The very short response from Peter  was simply, “🙏🏻.” But the fact that he commented at all, got fans wondering and hoping he might go back for her. Well, one fan simply said, “oh.” It looked like a rather minimalistic conversation, but it got a bit more interesting than that. One fan said, “you were my absolute favorite!! I was rooting for you! I hope you find happiness throughout you’re journey hun 💗💕.”

Then another The Bachelor follower noted, “@pilot_pete I wanted her to win so badly 😩.” One fan just pleaded with Peter Weber. They wrote, “@pilot_pete you need to go get this real girl back! You and her really do act like a for real couple. She challenges you. She didn’t want to change you like madie will or bow down to you like Hannah will,(sic).”

Spoilers are all over the place for Peter’s The Bachelor

The entire season, people hunted for spoilers. Even guru Reality Steve never really pinned down anything certain. It looks like just when things were on track, they changed again. Steve said, “Plenty of things being said. The whole thing is a mess. Being told so many different things now…It’s madness!” But for now, the most prevalent theory is that Peter gets back together with Madison.

Just gonna put this out there. Since my post this morning, I’ve been on my phone non stop. Plenty of things being said. The whole thing is a mess. Being told so many different things now. Original sources sticking by what they said. New sources saying that’s not it. It’s madness!

Well, the fact is nobody knows for sure about the outcome of The Bachelor. So, for Victoria’s fans, it’s probably okay to still hope for a good outcome. What do you think? Sound off your thoughts in the comments below.