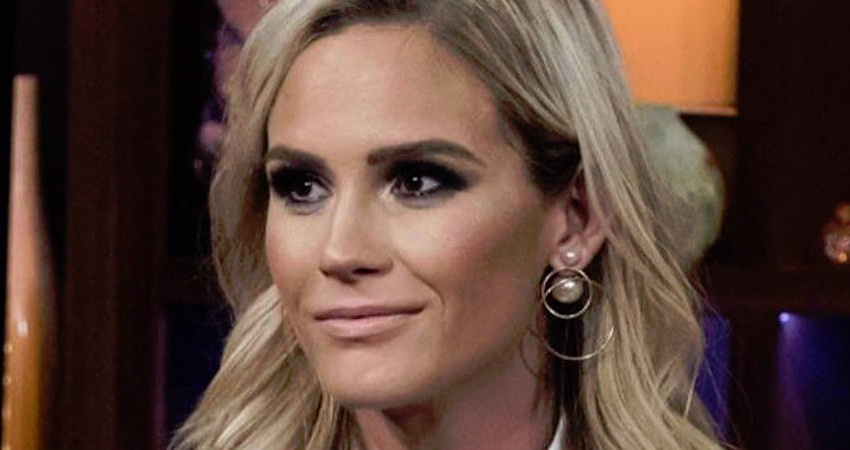 It’s been almost six months since Jim Edmonds filed for divorce from The Real Housewives of Orange County alum Meghan King Edmonds. Since that time, the former couple have taken potshots at each other in the media and aired TMI details about their marriage.

While Meghan has yet to open up about her ex moving on, sources reveal her state of mind.

The Real Housewives of Orange County star has accepted that her marriage is over and is moving on. TV Shows Ace reports that the single mom-of-three is “masterdating,” meaning she’s dating herself.

However, she is determined to keep her kids from meeting or being around Kortnie. While Meghan is not trying to control Jim’s life, sources say,

“Right now, Meghan doesn’t want any women influencing her and Jim’s kids but her.”

Meghan and Jim’s three children split their time between L.A. and St. Louis.

As far as it’s been reported, Jim and Kortnie didn’t reconnect until the Cabo trip in January. TV Shows Ace reports that the relationship is moving fast. Sources tell In Touch that marriage and children could be in the future for the new couple.

Jim already has two children from a previous marriage. He wasn’t exactly thrilled on RHOC about Meghan’s pregnancies.

The RHOC star hasn’t gone public with his new relationship. Photos of their Cabo getaway made the internet, but nothing official. However, Jim’s daughter recently posted a snapshot of the new couple during a trip to Nashville, Reality Blurb reports.

Let us know in the comments what you think about Jim’s new relationship. Is he moving on too soon? Should he be “masterdating,” like Meghan?

The Real Housewives of Orange County’s new season is currently filming. While Meghan has expressed interest in returning, nothing has been announced yet. There’s certainly room, after Vicki Gunvalson and Tamra Judge both quit after Season 14.