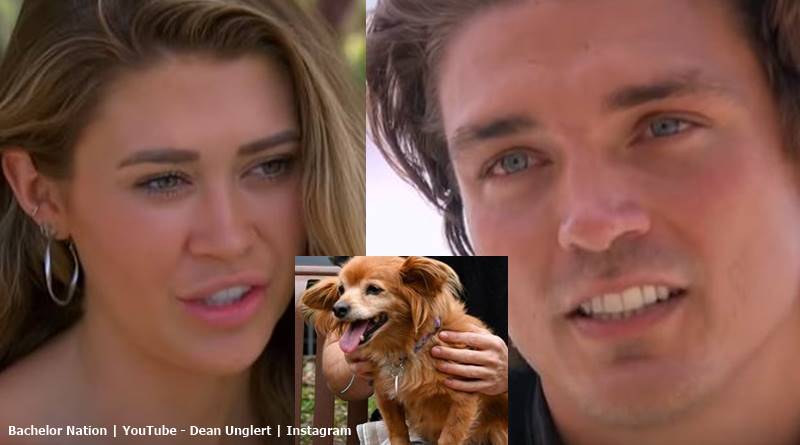 BIP fans know that Dean Unglert and Caelynn nearly never made it after he split from her on her birthday. But, they got back together and seem very close now. In fact, after he broke his leg in Switzerland, they did a commitment ceremony in Europe. Now, after they adopted the dog Pappy, they seem the darlings for Bachelor in Paradise fans.

TV Shows Ace reported that initially, Dean and Caelynn fostered pappy. Pappy, the elderly Yoda-lookalike dog captured the hearts of fans. They also loved it that pappy enjoyed living in the van. Across Dean’s social media, fans begged them to adopt the cute little dog. Eventually, Dean announced they adopted their furry friend. Dean shared that one of the reasons was his loyalty. Not the most obedient dog in the world, the old fellow’s now got a safe refuge for life. Dean noted that he’s not very well and comes with health issues.

When fans of BIP heard that the couple intended to “fill his waning years on earth with as much love as…possible,” they applauded. Cheatsheet notes that fans love the couple for other reasons as well. Across their social media posts, Dean and Caelynn get lots of complimentary posts. That might be due to the fact they’re one of the last remaining couples to stand the test of being a relationship out in “the real world.'”

Waiting for the furniture to arrive… 🛋

Let’s take a look at some of the things fans say about Dean and Caelynn. Certainly, little or no hate goes there way. Here’s a selection of feelings from BIP fans:

Keeping the list of firsts going with this guy

What do think about Dean Undgert and Caelynn Miller-Keyes working out? Did you think they’d make a go of it? Are you surprised they seem to be the darlings of BIP? Sound off your thoughts in the comments below.