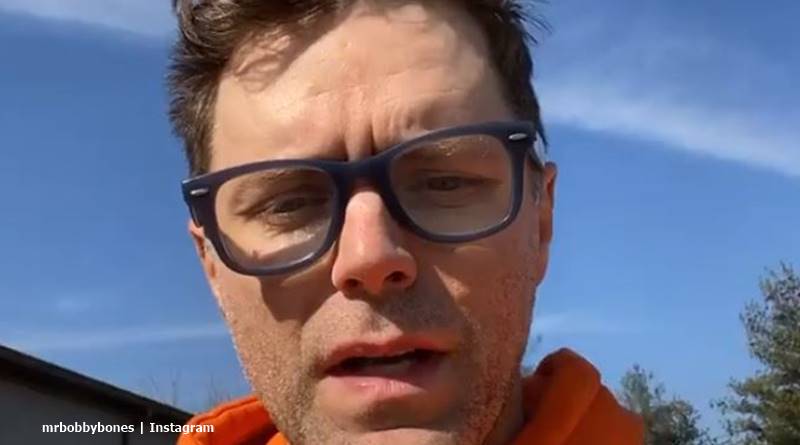 Bobby Bones, well known for his Raging Idiots Band, Dancing With the Stars, and mentoring with American Idol, tugged on the hearts of fans. When he heard some young fans missed the Raging Idiots Show in Florida, he got on the phone to them and held a mini-concert just for them. Fans just loved the special gesture.

Bobby Bones – a traumatic childhood gave him a huge heart

TV Shows Ace reported that Bobby featured on the Running Wild With Bear Grylls program in January. In the episode, he revealed that he experienced a rather traumatic childhood. Not all of his American Idol and Dancing with the Stars fans knew that. ET reported that his stand-up comedy basically helps him to feel love. He lacked some of that when he grew up.

In fact, he revealed that his mom died quite young, so he ended up staying with relatives. He slept on couches and never really had a place he called a loving home. Bobby Bones said that his mom “was an addict,” saying it involved “a lot of drugs and a lot of alcohol.” But it looks like he grew a huge heart during those years of sad deprivation as he just reached out to some young fans.

It’s not clear how Bobby found out about the people who missed the concert. But, he shared the short mini-concert he did for them over on his Instagram. He captioned it with, “Had some listeners that bought tickets to the Raging Idiots show in Florida and then couldn’t go. So I got them on FaceTime today and played them a mini intimate concert.”

Then, he played his guitar and sang and clapped. The faces of the fans really are a joy to watch, fans thought. Although not very long, the kind gesture got fans applauding him. One follower wrote, “Its because of this stuff that the world goes round!! 🙌.” Another Bobby Bones fan commented, “Literally the most thoughtful, sweetest thing ever.”

Plenty of other fans also expressed how they felt about Bobby Bones. Here’s what some of them said:

Had some listeners that bought tickets to the Raging Idiots show in Florida and then couldn’t go. So I got them on FaceTime today and played them a mini intimate concert. #BTeam

What did you think of the mini-concert that Bobby Bones held for his young fans? Sound off your thoughts in the comments below.