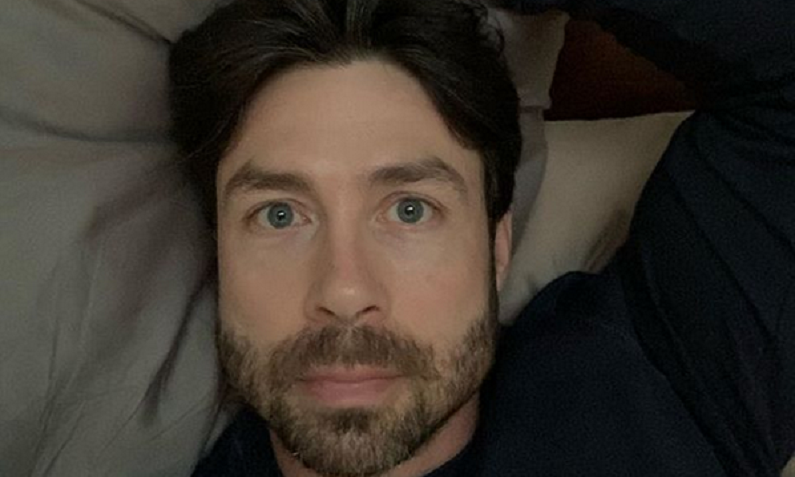 90 Day Fiance: Before the 90 Days star Geoffrey Paschel released a statement on Instagram. This comes over the backlash of his alleged criminal past. TLC fans have demanded his removal from the series. Even some 90 Day Fiance podcast hosts are refusing to cover Geoffrey’s scenes on their shows. The reality star hasn’t even been featured on this season of 90 Day Fiance: Pillow Talk.

As per Starcasm, Geoffrey Paschel’s second wife alleged rape in her divorce filing, among other claims. TLC has not responded to the backlash over this new cast member. Geoffrey is not allowed to speak out about the domestic abuse claims for legal reasons. But that didn’t stop him from addressing his “checkered past.”

Geoffrey is somewhat speaking out about the accusations. As per People, he released a lengthy statement on Instagram. Geoffrey revealed his reasons for appearing on the reality series despite his “checkered past.”

90 Day Fiance fans questioned his decision to appear on reality TV. He made it clear that it was his choice to appear on the hit TLC show.

“I have been repeatedly asked why I would EVER want to be on a show (the best show FYI) where my life would be put in front of everyone to pick apart – especially with my checkered past,” Geoffrey wrote. “Well, guys, it is MY past. It is MY life. It is MY choice. If we were all the same: thought the same, looked the same, or acted the same, how lame would that be?”

I have been repeatedly asked why I would EVER want to be on a show (the best show FYI) where my life would be put in front of everyone to pick apart—especially with my checkered past. Well, guys, it is MY past. It is MY life. It is MY choice. If we were all the same: thought the same, looked the same, or acted the same, how lame would that be? My closed-up life was the only way I knew to live. I hid so much about myself—whether it be my age, my history, or even my relationships. What crazier, whacked up way could I have done it any better than blasting out there? With the path I chose, it cannot EVER be reversed. Everything about me is out there for the world to see, whether it is true or fantasy. I can never go back, and honestly, I would not have it any different. I have realized who my "people" are and, opposingly, who only want to hold me down and set me back. Luckily, I NOW have a strong support system via mostly complete strangers who have lifted me up SO high and have shared their love. Here is to finding MY light and new beginning at the other end of the tunnel! When things no longer work, find YOUR tunnel! See you tonight as I start my new quest to the other side of the world…I love you guys-always do YOU! . . . . . . #90dayfiance #90dayfiancebeforethe90days #beforethe90days #mountains #nature #beard #knoxvilletennessee #knoxville #knoxvilletn #beyourself #journey #missingyou #always #kazhempaschel #cayvanpaschel #geoffreypaschel

Geoffrey exclaimed that he has built up a “strong support system” from 90 Day Fiance fans who have “lifted me up SO high and have shared their love.” It’s unclear whether Geoffrey’s claim is true since he’s become the most-hated cast member of the 90 Day Fiance franchise. Despite the long list of allegations against him, Geoffrey is focused on a “new beginning” in his life. Geoffrey doesn’t address the charges that are laid out against him.

90 Day Fiance fans petition to have Geoffrey removed from show

As per Showbiz CheatSheet, fans aren’t happy with TLC for giving Geoffrey a platform despite his criminal past. He has a long list of charges against him by an ex-girlfriend. Fans think it’s inappropriate for the network to feature him without any repercussions. One 90 Day Fiance fan started an online petition to have Geoffrey Paschel removed from the series altogether.

Fans have signed a Change.org petition to remove Geoffrey Paschel from Season 4 of 90 Day Fiance: Before the 90 Days. The petition asks to have the reality star removed from the show amid the “current allegation and criminal charges against him.” As of Friday, March 6, the petition has over 2,600 signatures and is still collecting signatures. It’s not clear whether TLC will remove Geoffrey’s scenes from future episodes of Before the 90 Days.

What did you think of Geoffrey Paschel’s statement? Do you agree that he should be removed from 90 Day Fiance: Before the 90 Days? Sound off below in the comments section.