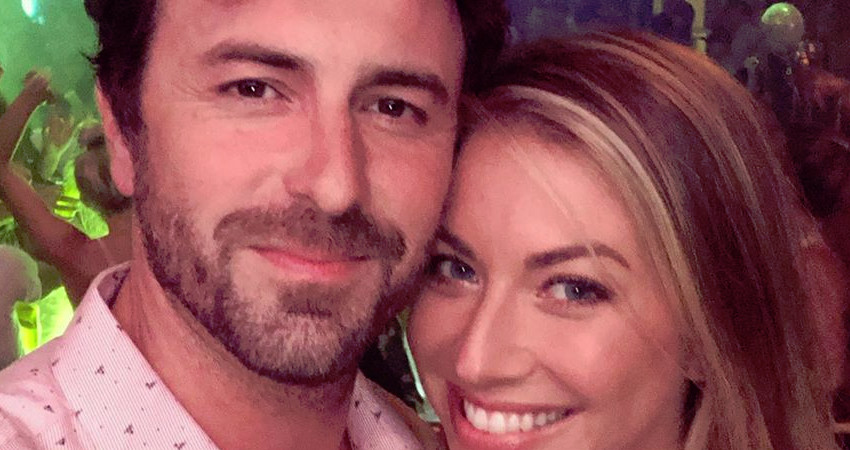 Vanderpump Rules’ Stassi Schroeder has been planning her wedding to Beau Clark for months. The couple already set a date for October 2020.

Instead of having the nuptials in the U.S., they are doing a destination wedding to slim the guest list to people who REALLY want to be there.

The destination? Rome, Italy. Unfortunately, their destination may not be ideal for a wedding due to the coronavirus outbreak.

Stassi’s Vanderpump Rules co-star Tom Schwartz had his own wedding snafu to deal with. His marriage to Katie Maloney, which aired on the show, wasn’t legal. He forgot to fill out those pesky legal documents. The pair later had a Vegas wedding do-over, which fans will see on VPR later this season.

Schwartz recently spoke to Us Weekly about the possibility of Stassi’s wedding being affected by the outbreak of the viral infection known as coronavirus. Italy was recently hit with an increase of confirmed cases and over 100 deaths due to the virus.

The Real Housewives of New Jersey star Joe Giudice resides in Italy. His lawyer issued a statement last month assuring fans that Joe was safe, TV Shows Ace reported. However, the city remains effectively shut down, with schools and some of the airports closed.

Is There a Travel Ban to Italy?

As of right now, there isn’t a ban on traveling from the United States to Italy, though there is a travel advisory. It is possible to get to Italy, but it won’t be easy, especially with a camera crew. Tom Sandoval told Us Weekly,

“Plus, getting a camera crew out there, like people in Italy, don’t really respond well to filming a reality show, you know? Plus, with the Corona virus and everything, it’s just [tough].”

Schwartz tells the magazine that “tentatively,” the wedding is still on for Italy, 2020. As the TomTom co-owner says, a lot can change from day-to-day. The coronavirus outbreak could very well be under control by October.

Stassi isn’t the only Vanderpump Rules star getting married this year. Lala Kent is set to marry Randall Emmett on April 18, 2020. Her fiance has been regularly counting down to the big day on his social media.

Fans might wonder how Stassi would handle it if her wedding does end up being postponed. She has been known to be a tad…controlling. VPR co-star Brittany Cartwright revealed earlier this year that her baby plans are on hold until after Stassi’s wedding.

TV Shows Ace recently reported that Lala and Stassi had a brief tiff over the color of their respective bridesmaids’ gowns. Lala changed her mind and went with a different color, thus preventing the issue from turning into a full-blown feud.

Vanderpump Rules Season 8 airs Tuesdays on Bravo. Stassi’s wedding will likely air during Season 9 or perhaps a spin-off special. Lala, on the other hand, prefers to keep her wedding private and Bravo cameras won’t be capturing her big day.