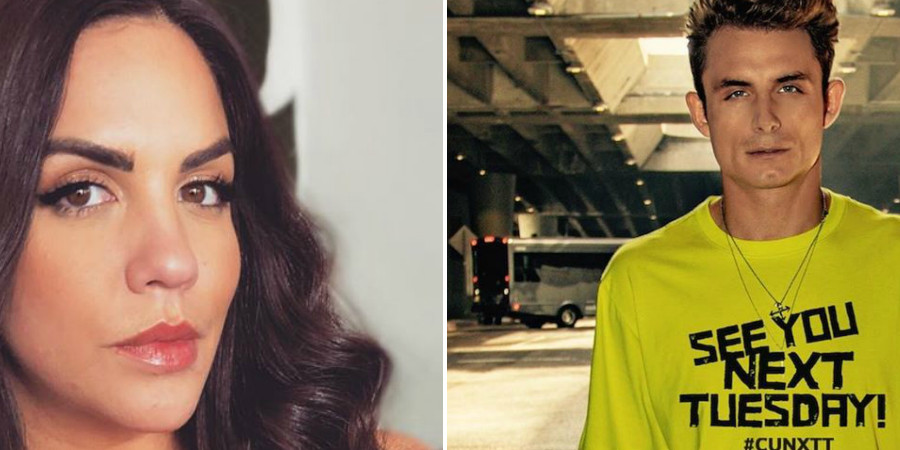 Vanderpump Rules star James Kennedy is on a sober path. Going down that path means making amends with people he’s hurt in the past. Many of his VPR co-stars fall in that category, as well as his girlfriend Raquel Leviss.

James appeared on Watch What Happens Live after Tuesday’s episode of Vanderpump Rules. He answered questions from the fans. One fan was interested in an update on James’ relationship with co-star Katie Maloney.

Season 7 was not a good look for the SUR DJ. James tangled with VPR co-star Katie Maloney over her weight. During the annual Pride parade, he commented on the clothes she was wearing. He also butted heads with many of his other co-stars.

Lisa Vanderpump gave James several stern talking-tos about how drinking affected his behavior. Her words fell on deaf ears. Eventually, Katie got so fed up, she threatened to quit unless James was fired from his SUR DJ job.

While James kept his job on Vanderpump Rules, Lisa did fire him from his DJ job at the West Hollywood hotspot. Things got worse before they got better.

During the Season 7 reunion, James was called out by Katie and her friends for his behavior. The only ones who defended James were Tom Sandoval and Ariana Madix. Their defense of James was the first crack in Sandoval’s friendship with Jax Taylor.

James continued to drink during the filming of Season 8. The boiling point came during this week’s episode when James sent Raquel a series of vile tweets. With Ariana’s urging, Raquel stood up for herself and said enough is enough. James agreed to seek treatment.

TV Shows Ace reports that James is now 9 months sober. He revealed a few weeks ago that the bosses at SUR reinstated his DJ event See You Next Tuesday.

James paid tribute to Raquel on social media for being his “rock” during his sobriety journey.

Just wanted to do a @raquelleviss appreciation post because I’m so in love with this woman right here! Thank you for being on this adventure with me words can’t describe how lucky I am, this year on season 8 I do a lot of self discovery and learn from the mistakes I have made! I hated the way I spoke to you but I promise that’s in the past and am working toward a beautiful future with you♥️ you are my ROCK baby x I’d be lost without you. ♥️♥️♥️⭐️

Where The VPR Co-Stars Stand Today

A fan asked James during WWHL about mending his relationships with his co-stars, particularly Katie. Good news, VPR fans. Katie and James have buried the hatchet. James even describes them as “friends,” The Blast reports.

James also revealed that he is on “good terms” with everyone, but there is one cast member he’d like a one-on-one conversation with. He said,

“Me and Stassi could have a convo. I don’t know why she doesn’t like me so much but it’s probably from hanging out with Kristen too long.”

Stassi recently said that James isn’t invited to her upcoming wedding. Not because she doesn’t like him. But rather, because they don’t really hang out together.

Tell us in the comments if you’re surprised James and Katie are on good terms.

Josh Duggar’s Arrest May Not Be The REAL Reason ‘Counting On’ Is Over
Jackson & Lilah Roloff Encounter ENORMOUS Beast At County Fair
Uncle Dale Mills Encourages Danielle Busby To Wear Something ‘Skanky’
‘Love Island USA’: Flo Wants To Be The Only Girl On Will’s Lips
Chris Harrison Responds To Matt James, Rachael Kirkconnell Dating, Plus Is He Watching Katie?