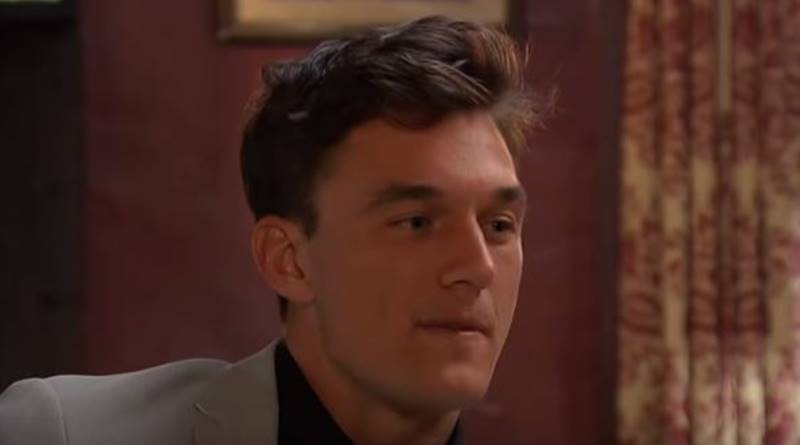 Tyler Cameron’s mom passed away. Initially reported as suffering a heart attack, it turns out she died from another condition. Tyler canceled an event in Central Park to rush home last week to be with her and his siblings. After news of Andrea’s death came out. Tyler asked for privacy for the family. Now, an obituary revealed that she’s sorely missed by not only her kids, but also the community of Jupiter, Florida.

Later, Tyler Cameron shared a photo of three hands holding his mom’s hand in the hospital. We assumed he and his brothers held her hand in one last gesture before she passed on. Sadly, Andrea was just 55-years-old at the time of her death. Her sons and the community of Jupiter are all shocked and saddened by her death. So too, are the many Bachelorette fans who saw her on the show during Hannah Brown’s season.

Andrea more than just a mom to Tyler and his siblings

The New York Post reported that Tyler said his mom “was a mom to so many.” That came after he spoke about the massive “outpouring of support for the Cameron family.” Naturally, Tyler’s shattered and still in shock after the sudden death of his mom. His family is all deeply shocked and grieving now. Numbed fans can just reach out to Tyler in their thoughts and prayers across social media.

Tyler Cameron’s brother Austin recalled to the outlet how his mom always said that in another life, she was a “mermaid.” She loved the beach and her special spot where she walked her beloved furry friends. He recalls how supportive and loving she was when he went to “US Army training.” Meanwhile, Tyler’s other brother Ryan, recalled how she was always reaching out to help people in her community.

What is a brain aneurysm?

Some people might feel it’s not important what caused Tyler’s mom’s death. The fact is, a well-loved personality was taken from her family and community almost out of the blue.  But, others also fear their family members passing away suddenly. According to The Mayo Clinic, a brain aneurysm is caused by the “thinning artery walls.” Often, it presents as a “berry-like” balloon. Sometimes, no symptoms appear at all. But, if the balloon leaks or bursts, it’s extremely life-threatening.

In the brain, any such medical event like Tyler Cameron’s mom suffered usually presents an extreme headache. In dire cases, the patient may suffer seizures or fall unconscious. It’s not always certain what causes the condition. However, underlying risks include:

Accidents and even infections can also play a part in increasing the risk of an aneurysm. Sometimes, it occurs in families who had a close family member like a sibling or parent with the condition.

Social media reaches out to Tyler Cameron and his family

Hannah Brown, who knew Tyler’s mom never said much about the news. But, she reached out with loving heart emojis on Tyler’s post about his mom’s death on Instagram. Many fans felt for her as Andrea loved her as well. Many other colleagues, celebrities, and fans also sent their love to Tyler Cameron and the family.

Today heaven gained an angel. We will love and miss our mother dearly. She will live on through us and through those that she has had an impact on. While we grieve, we ask for two things: First, tell those you love that you love them; and second, please let us take this time to celebrate her life in private. Thank you for all of your love and support. ❤️

As one follower said, “You’ve got a world of support behind you, speaks volumes of the men she raised. Always here for you brotha, love.”

Remember to check back TV Shows Ace often for more news about the cast of The Bachelorette, and Tyler Cameron.

Jessa Seewald’s Kids Meet Their New Baby Sibling: See Photos
Just One Duggar Wishes Jim Bob Happy Birthday: Who Was It?
2 Other ‘RHOBH’ Stars Are Dealing With Their Own Legal Drama
‘The Young & The Restless’ Spoilers, July 26-30, 2021: Phyllis Gets The Goods, Sally Panics
Savannah Chrisley Under Fire For Catching A Shark: Did She Release It?