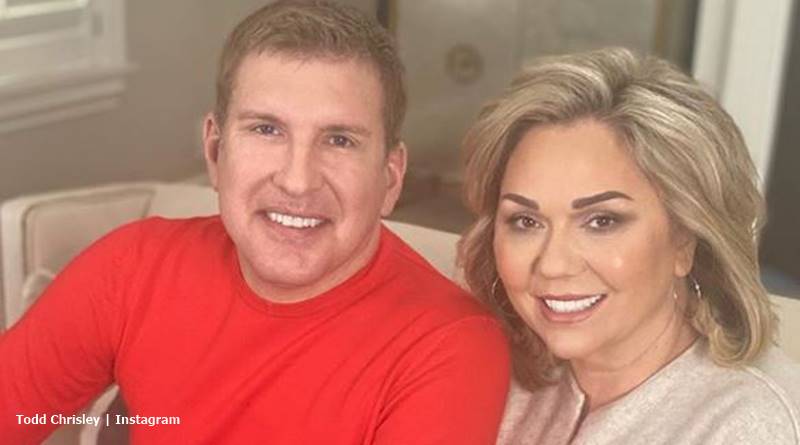 Todd Chrisley fans heard back in October that he filed a lawsuit against Joshua Waites. Waites worked for the Georgia Department of Revenue’s Office of Special Investigation. Now, Joshua Waites resigned. Todd quickly weighed in on the news.

Todd Chrisley and Joshua Waites from Georgia’s Dept of Revenue

TV Shows Ace reported that at the time of filing his lawsuit, Todd explained why. He said that Waites “leaked information to the local news channels in Atlanta, Georgia.” Plus, allegedly he arranged to meet with Todd’s son Kyle. He hoped that Kyle would testify on the tax charges against him and Julie. Todd noted his disgust, saying, “to come in the middle of families and try to use your children” comes over as totally “inexcusable.”

Fox News also reported on the lawsuit.  Anyway, with the Georgia tax issues now behind him, Todd Chrisley still deals with federal charges. In fact, he could face a long time in prison. Meanwhile, he spoke out about Waites after the news came of his resignation. Todd cited a tweet by Richard Belcher, a reporter with WSB-TV. He wrote, “High profile state investigator resigns, state AG reviewing to decide whether criminal charges are warranted.”

Todd talks about the resignation of Waites

The patriarch of Chrisley Knows Best mentioned the state of Waites’ social media. He wrote, “he…deleted his Instagram and Facebook as well as his LinkedIn accounts. but you can still find him on Twitter at jwaites.” Todd also reminded fans that Waites…”worked with WSBTV reporter Jodie Fleischer.” Todd claimed that Waites “planned to destroy our family and reputation.”

In fact, he felt that the reporter and Waites tried “destroying the family reputation to advance their own careers by gaining headlines their own names wouldn’t garner.” Todd added how much he hopes “Wsbtv puts [as much effort into telling] the entire truth of what this man has done to us.” He also mentioned “hundreds of other innocent people.” Todd Chrisley noted, “they dragged me and my family and many others through the mud.”

Todd promises more about what he calls a big scam

Todd promised his fans that going forward he intends “giving updates on this matter.” Plus, he won’t stop at that. He talked about “others within the Georgia Dept of Revenue that participated in this scam.” One follower commented, “I wish he would’ve been fired instead of him resigning. I wonder if he was asked to resign. I still hope justice is served for you and everyone affected.”

In Todd Chrisley’s reply, he noted, “resigning is the states way of trying to save face.” According to Todd, Waites got “fired for leaking taxpayer information.” He also mentioned alleged “unauthorized spending from a slush fund.” Todd also said that Waites “lied on his resume about having a college degree,” and “bought a sub machine gun using tax dollars.”

Todd seems confident of his facts, noting the purchase of over “200 Glock hand guns.” Allegedly, the dismissal reasons included paying for “pranks on coworkers, trips, excursions, etc, all from government funds.” Mentioning even more lies and deception, Todd Chrisley then promised fans would hear more about it all in “the weeks to come.”

So this just happened , the man known as Joshua Karl Waites has resigned his position with the Georgia Dept Of Revenue , he has deleted his Instagram and Facebook as well as his LinkedIn accounts but you can still find him on Twitter at jwaites .for those of you who have followed our family you may remember this man as the one who worked with WSBTV reporter Jodie fleischer to destroy our family and reputation in order to advance their own careers by gaining headlines their own names wouldn’t garner .. I hope Wsbtv puts the entire truth of what this man has done to us and hundreds of other innocent people on the air the same way they dragged me and my family and many others through the mud , stay tuned , I will be giving updates on this matter and on others within the Georgia Dept of Revenue that participated in this scam .

What do you think about Todd weighing in on the resignation of  Joshua Waites? Sound off your thoughts in the comments below.

‘Bringing Up Bates’ Teaser Hints At An Unexpected Challenge
Mike Johnson Speaks Out About Being Dragged For Dating Outside His Race
‘Days Of Our Lives’ Spoilers: Rafe Has A New Murder Suspect
Years Of Botox Leaves Simon Cowell’s Face ‘Stuck Like That’ Experts Confirm
‘Days Of Our Lives’ Two Week Ahead Spoilers: Gabi & Philip Hit The Sheets- Ava & Rafe Kiss