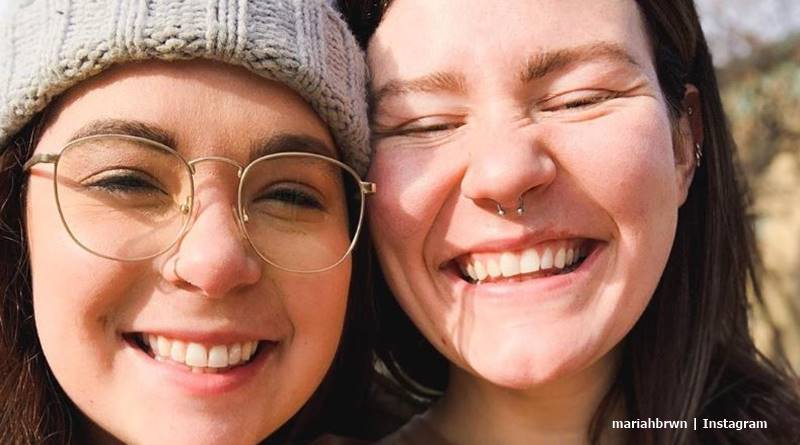 Sister Wives fans know that Mariah Brown came out to her mom Meri, and her dad, Kody Brown some years back. Now engaged to Audrey Kriss, she’s become vocal in the LGBTQ+ community. At the moment, she studies in Chicago and loves supporting the Pride movement. Now, she lashed out at LDS (The Church of Jesus Christ of the Latter Day Saints).

TV Shows Ace reported that Mariah Brown and Audrey Kriss seem very much a loving couple. In fact, these days, it’s not at all uncommon for people to openly state their case on their preferences. However, for many people, they hesitate to come out due to lingering social stigma. Now, she used her position as a person with some influence to lash out at Brigham Young University and the LDS church.

Kody Brown had his own issues with the LDS, he spoke to the Las Vegas Sun in 2012. Kody felt there were so many issues. These included “Many stereotypes about plural marriages, with Warren Jeffs and the Fundamentalist Church of Latter-day Saints.” He complained about the “negative press – child brides and abuse on the compound.” Back then he said that “Warren Jeffs is not our poster child.” He noted the Sister Wives‘ family consider themselves “Fundamentalist Mormons.”

Garrison Brown broke away and went to the LDS

Interestingly, Cheatsheet reported in May last year, that Kody’s son Garrison Brown broke away and joined the LDS. Kody and his family mainly belong to the Apostolic United Brethren. And, while the churches differ on polygamy stances, the LDS certainly don’t tolerate homosexuality. Now, with their stance in backing the Brigham Young University’s stand on it, Mariah’s infuriated.

Fox News reported that  the university’s “owned by The Church of Jesus Christ of Latter-day Saints.” They recently “removed a section of the code dedicated to “homosexual behavior.'” Basically, students complained that LGBTQ+ people can’t even “hold hands.” They noted that “Paul V. Johnson, commissioner of the church education system,” penned a statement about it. He wrote, “Same-sex romantic behavior cannot lead to eternal marriage…compatible with the principles included in the honor code.” Sister Wives star Mariah hated that.

Although Mariah doesn’t attend the university, she spoke out against their decision. On her Twitter, she spoke out. Mariah said, “@BYU @LDSchurch you have blood on your hands.” For those students on campus, the bitter twist came after that they thought the ban got revoked. The Salt Lake Tribune noted that some students “recently came out as gay.” That’s because they were told it would be allowed. The news came via “some Honor Code staff.”

What do you think about Mariah Brown of Sister Wives speaking out? Do you like that she’s condemning the LDS and their university’s stance? Sound off your thoughts in the comments below.