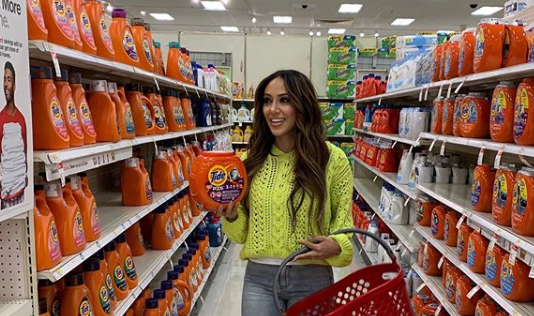 The tenth season of The Real Housewives of New Jersey was steeped in drama like usual. The reunion is set to be that much more so. With the first episode of the three-part reunion airing the tension was already evident. Melissa Gorga said she’s still thinking about freezing her eggs.

This made Jennifer Aydin laugh and tell Melissa Gorga she was, “way too self-absorbed,” to have a baby. Then the gloves were off. The wives present for the reunion in addition to Melissa and Jennifer were Dolores Catania, Teresa Guidice, Margaret Josephs, and Jackie Goldschneider.

What Did Jennifer Say About Melissa Gorga?

During the tenth season, Melissa had said she and her husband wanted another child and were thinking of going through IVF according to US Weekly. The two already share three children. Jennifer didn’t buy it, she said, “I think you’re making a mockery of people who really do go through it,” she said alluding to her thoughts Melissa Gorga just said that for attention.

Ever the instigator, Andy Cohen told that Jennifer thought she was faking it to a shocked Melissa Gorga. When she asked why she would say that, Jennifer replied she thought she was faking it. She said, “A baby would halt your journey right now.” She said since Melissa’s career had taken off she’d have to give up too much. She thinks Melissa cares much more about her image and herself than the selfless act of having a baby.

The Other Housewives Weighed In On The Argument

After Jennifer said that to Melissa Gorga, Jackie Goldschneider replied that she had, “set women back a long way because working women have babies all the time.” She thought maybe Jennifer was shaming women who worked and had children.

Melissa Gorga said before the reunion that, “Jennifer speaks out of both sides of her mouth. She just spews things sometimes that are so rude and untasteful.” The two had reportedly been avoiding each other as much as possible. She went on to say that she says things that don’t make any sense. This is especially true when she has a cocktail. She said, “I just lose it with her.”

The three part reunion kicked off on March 4th. With two more parts to go, anything could happen.

‘Welcome To Plathville’ Preview: Will Olivia Stay Or Go?
Whitney Way Thore Defends Controversial Opinion About Chicken Wings
‘Love After Lockup’ SHOCKING Spoilers: Are Stan And Lisa Still Together?
‘The Family Chantel’ Season 3 Premiere Date Confirmed By TLC
Is Natasha Parker Open To Being ‘The Bachelorette’ After ‘BIP’ Drama?