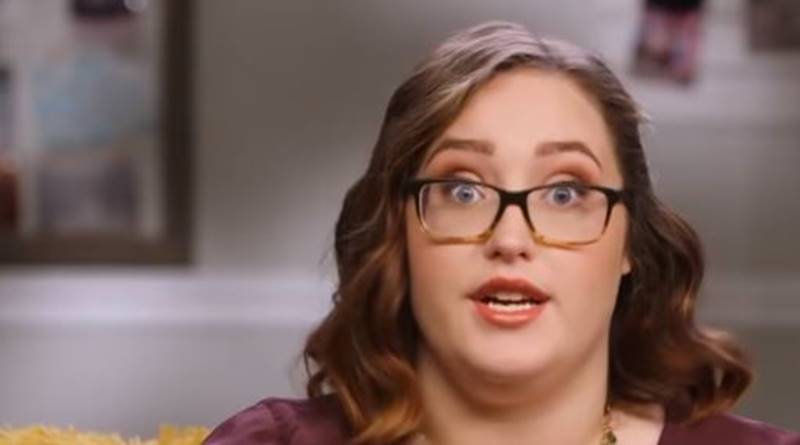 Mama June: From Not Hot star Lauryn a.k.a Pumpkin recently got a lot of heat from followers over her weight loss promos. Now, fed up with critics who say it makes no difference at all, she went on the offensive on Wednesday. Pumpkin shared two comparison pics.

Mama June: From Not To Hot – Pumpkin seems to share June’s weight genes

There’s no doubt that Mama June’s daughters share a lot of her physical attributes. From young Alana who constantly battles her weight, to Pumpkin, they strive for healthier bodies. TV Shows Ace noted that Alana (Honey Boo Boo) seems to have really made a go of it lately. She lost some weight, but trolls still hit on the young girl. It’s a hard journey losing weight, and it involves watching what you eat, exercise, and some people turn to supplements.

Others, like June Shannon, turn to surgery. The Sun reported that Mama June’s two other daughters, Jessica and Anna went under the knife in LA recently. Meanwhile, Pumpkin seems to stick with using Boom Bod products to help her. And, she promotes them often on Instagram. Fans, unimpressed that it seems to make zero difference at all, slap at her for promoting a product that doesn’t seem to work for the Mama June: From Not To Hot star.

Pumpkin on the offensive about Boom Bod weight loss

Pretty much, all fans need to do is visit any Boom Bod promo on Pumpkin’s Instagram to find people angry that the product seemingly makes no difference. Yet, she keeps plugging it. On one post, one person wrote, “Girl please stop with the false advertising.” Another noted, “I’m sorry but I just can’t see that this Boom is doing anything.” Then one person wrote, “Lol Pumpkin its been a year and you still look same 🤣🤣🤣🤣🤣🤣.”

In response, the Mama June: From Not To Hot star posted another Boom Bod promo and this time, she went on the offensive. She shared two pics of herself standing in a similar position. In her caption, Pumpkin noted, “making a lasting lifestyle change is HARD.” Then she said that the product does help her “take control over certain parts of it.” Then she points out that her journey’s “still just that – a journey.”

Pumpkin says it helps with ‘cravings’

Elaborating further, Pumpkin told her followers that keeping out of the “snack cupboard’s” important. She feels the product really helps her control those cravings. Then she indicated that the two photos show she really is making some progress. Many fans encouraged her, and one person noted, “Absolutely, progress is progress. @pumpkin You look wonderful girl!!! I’m wanting to start my weight loss journey…so this looks worth checking out…thank you and keep up the hard work, it’s definitely paying off 👍🏼😊.”

But that didn’t stop the trolls and some of them simply told her she looked bigger than ever. What do you think of those comparison pics? Do you think Pumpkin shows some weight loss? Do you think she’s rather brave putting those pics out there, knowing body-shaming trolls are waiting to hit on her? Sound off your thoughts in the comments below.

Remember to check back with TV Shows Ace often for more news about the cast of WEtv’s Mama June: From Not To Hot.

‘This Is Us’ Season 6 Confirmed as the End: No Season 7 for the Pearsons
Joshua Bassett Confuses Fans: Is He Coming Out?
‘Sister Wives’ Kody Brown Accused Of Not Showing Up For Kids
Lilah and Jackson Roloff Like You’ve Never Seen Them Before
Fans React As ‘Sister Wives’ Star Christine Brown Gets COVID-19 Vaccine