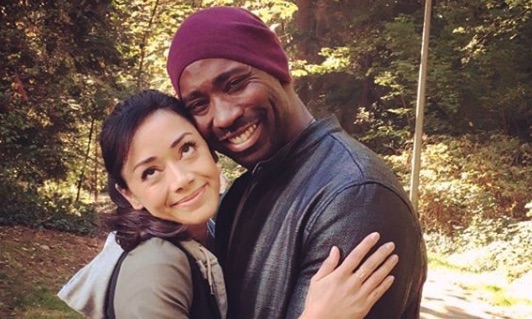 Now that Lucifer star Tom Ellis, and co-showrunners Ildy Modrovich and Joe Henderson have reportedly signed contracts for Lucifer Season 6, what do other cast members think? The response from one television angel may even confirm the news.

Lucifans are getting a little bit crazy now. There are credible rumors that Netflix will resurrect the series once again and give fans a Lucifer Season 6. Right before Valentine’s Day, TV Shows Ace reported the seemingly impossible. Michael Ausiello first reported of the possibility of a Season 6 by revealing that Netflix wanted more and were in talks with Warner Bros. to extend another season.

This was a bombshell for all Lucifans! But there was nothing from the stars of the show. Fans wondered how true this report could be. This is because when Fox canceled the show, all the stars became involved with the fans on social media. Why was there so much radio silence?

Fans of the Netflix show had resigned themselves to just be grateful that the series would be finished their way. Any suggestions of another Netflix save or a Season 6 was thwarted by both showrunners. As TV Shows Ace reported,  showrunner Joe Henderson revealed that canceling the show was not their “choice.” He went on to say that they thought they were going to get “five or six seasons. But, on social media, he let fans know that their efforts to ask for a Season 6 were useless.

The other showrunner, Ildy Modrovich, went to Twitter to share that “tremendous care and consideration was put into making this decision.” She also shut down any notion of fighting for Season 6 by stating “a fight won’t change things.”

On February 28, the craziest thing happened. TV Shows Ace reported that showrunners Ildy Modrovich and Joe Henderson signed a deal for Lucifer Season 6. The only major obstacle was Tom Ellis signing a contract.

There was no comments from anyone on the show, except for D.B. Woodside. The actor who plays Amendadiel, Lucifer’s brother Tweeted the TV Line article with a wink and a devil emoji, and @LuciferNetflix.

D.B. Woodside Shares That He ‘Got In Trouble Last Time’

Then on Wednesday, D.B. Woodside once again went to Twitter, but this time, he was more cautious. He wrote: “I would retweet something…but…I got in trouble last time so, I’ll just say…ummm…if you’re bored & you feel like, oh, I don’t know, reading about a show that you like, um, well….oh !$#% it this is too hard.  @LuciferNetflix.”

Lucifans, what is D.B. is trying to tell us? Sounds like he wants fans to know the latest news that TV Shows Ace also reported on.  Tom Ellis did sign that contract for Lucifer Season 6. Woodside indicated that he got into trouble last time around, but he seems pretty darn excited.

Fans may remember that when Netflix canceled the show at Season 5, Woodside made it clear that they “thought” there would be six seasons. We know that the remaining cast is signed on through the sixth season. This just all sounds like a Luciwish granted!

On Thursday, D.B. shared even more news on Twitter: “Looks like I’m doing a super secret project for @netflix & @warnerbros that I’m not able to say anything about. Except that it’s super cool. And a super secret. And I’m super excited. Have I told you that it’s super?”

What could it possibly be? Whatever the case, this top secret project has to do with Warner Bros., the Lucifer production company and Netflix, the streaming network that saved the former Fox show. Obviously, they do not seem to care that D.B. is tweeting the “forbidden” news.

So, what sort of secret Lucifer mission could D.B. be on? Stay tuned!

Be sure to check back with TV Shows Ace for the latest Lucifer news. There seems to be a lot of news and secrets. Netflix will also be dropping the first eight episodes of Lucifer Season 5. After months of silence, this has to be icing for all Lucifans.