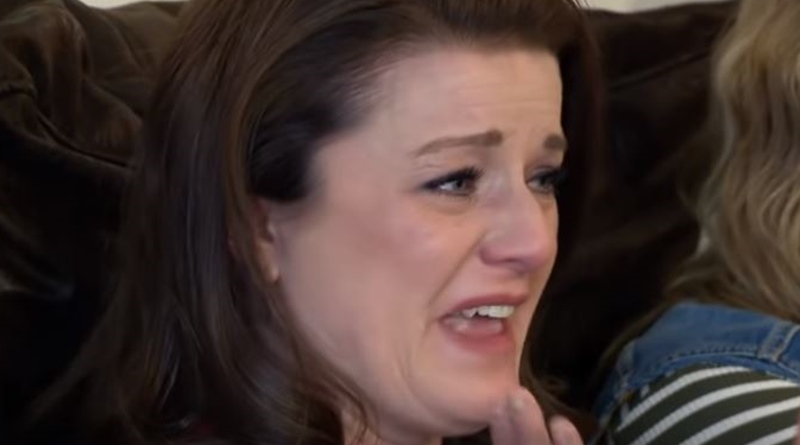 Are Kody Brown and Robyn going to split up? After last week’s explosive episode of Sister Wives, fans fear the worse for Robyn and Kody.

For a while now, Sister Wives fans have assumed Robyn Brown was Kody’s favorite wife. She was also his youngest wife and his newest wife. Technically, he legally divorced Meri just so he could marry Robyn. This way he could adopt her children from her previous marriage.

As we previously reported, things have been a little tense between Robyn and Kody Brown. Robyn was unhappy with the decision to pick up the family and move to Flagstaff. She feels that he broke his promise to the family. She feels alone and without a home.

“Kody and I have been butting heads like crazy this last little bit. We had this really great situation in Las Vegas, and Kody comes up with this idea that we’re gonna move. This is the promise that I’ve made to my kids. You are breaking your promise, because we promised them that we would get back together.”

During last week’s episode, Robyn defended Meri who changed her mind about the plans for their housing situation moving forward. Kody Brown was not happy his youngest wife defended Meri. In fact, he became extremely cross with her.

Kody insisted that Robyn got the “table scraps” of the other wives and was hardly treated fairly.

Will Kody Brown and Robyn split?

According to Cheat Sheet, a new preview of the next episode featured Kody suggesting he’d had enough. Is he ready to split up with Robyn? During the preview, Kody suggested he was interested in “dissolving the partnership” he had with Robyn.

Is Kody Brown’s interest in splitting up with his wife Robyn because of the argument?

We are on @picklerandben today! Look up when it airs in your area and check out what they asked us! They were a lot of fun! www.picklerandben.com/watch/

During the sneak preview for the March 8th episode, fans see Kody and Robyn continue to fight over their housing situation. Kody wants Robyn to purchase a home. Robyn, however, wants a rental. She sees purchasing a home in Flagstaff as something more permanent than she would like it to be.

It was during a conversation with TLC producers that Kody Brown becomes truly frustrated. It was in this moment that Kody suggests he and Robyn might need to split up. He explains that he wants to dissolve the partnership so he can purchase a house.

What do Sister Wives fans think about the possibility of the couple splitting up?

Robyn Brown is considered to be the favorite wife of Kody Brown. So the idea of these two splitting up was something fans struggled with.

“That’s ridiculous and immature,” one fan declared on Twitter. “You’re going to dissolve a marriage to your legal wife because she wants to rent and not buy another house.”

“Ooh, don’t do that, Robyn,” another Twitter user added. “Keep this up, and he’ll not only dissolve his partnership, but his marriage with you, and the next sit down you’ll all have will be his talking about how he wants to court wife number 5.”

Overall, most were furious with what Kody had to say. Kody suggesting Robyn and he split up just because of a disagreement sent fans into a frenzy. Was Robyn Brown not allowed to have an opinion?

Do you think Robyn Brown and Kody are going to split up? Sound off in the comments down below.