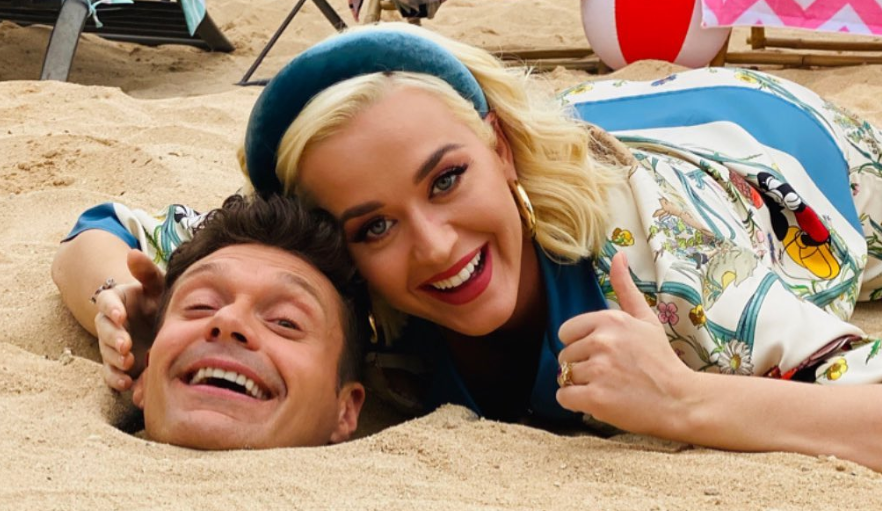 Katy Perry revealed to her fans that she was expecting with her “Never Worn White” new music. Perry has been engaged to Orlando Bloom since February of last year. The two have been preparing together helping to raise Bloom’s nine-year-old son, Flynn from a previous marriage.

She told Ellen DeGeneres in an interview last year she thinks it’s made her more mature. She said, “I guess this is adulting.” Katy went on to say she used to sleep until eleven and now she goes to bed earlier. Orlando reportedly has a good relationship with his ex-wife Miranda Kerr and she has said she respects Katy.

What Is Katy Perry Craving And Hating?

Katy Perry said that she was excited. She posted, “We’re excited and happy. It’s probably the longest secret I’ve ever had to keep. I like to tell you guys everything, but I knew I would tell you in the best way, which was through a piece of music.”

She said not only would she be having the baby in the summer, but she hinted there would be a new album as well. She said, “let’s just call it a double whammy.” Katy said, “There’s a lot that will be happening this summer. Not only will I be giving birth literally, but also figuratively to something you guys have been waiting for.”

The singer said she is grossed out by red meat at the moment and carries hot sauce with her everywhere. Perry’s been pretty set on the same burrito for weeks now. During the live she was eating dried mangoes and said she was very hungry.

How She Told Her Fans About The Baby

In the music video, Katy Perry is seen cradling her bump in a white gown. In the Instagram live according to US Weekly, she showed her bump again in a yellow and pink striped dress. She said she’s always felt like a mother.

The other child in the family, Nugget, their dog is doing great. Katy thinks he may have a hard adjustment when the baby comes. They plan to get married in April and Orlando’s ex-wife will be in attendance at the wedding. A little while back, a source said they will be having one local wedding party and a destination wedding party. No details on whether those plans have changed now that the baby is on the way.