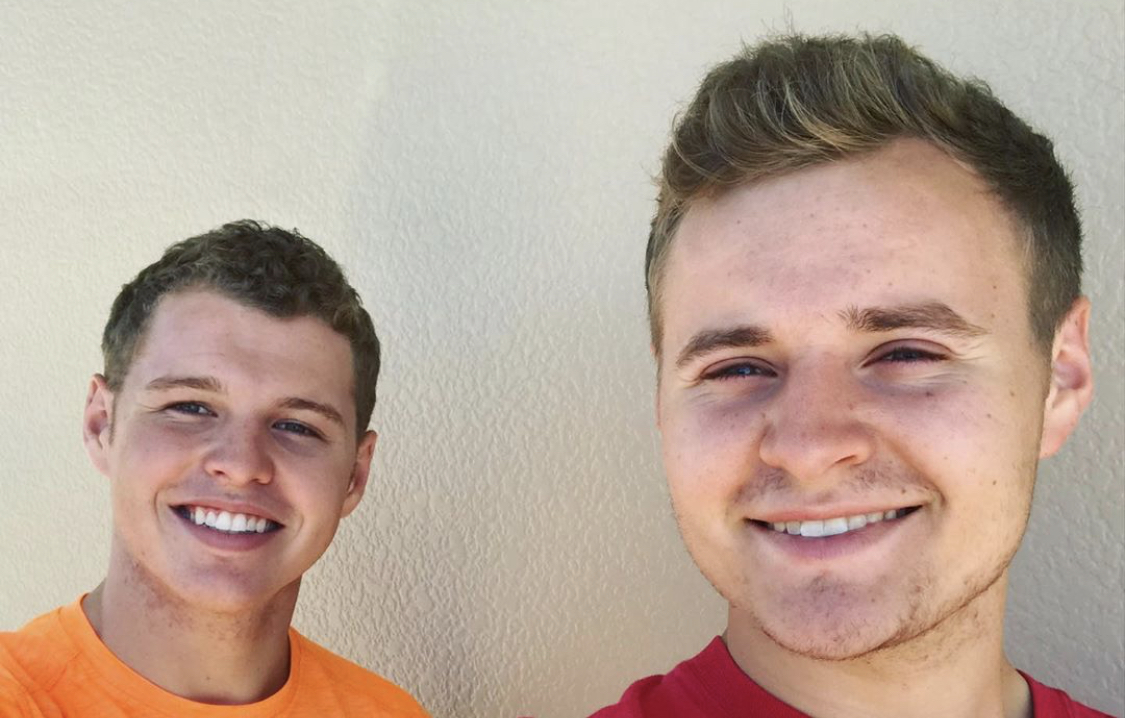 On Wednesday, the Duggar family revealed they went bowling. Not everyone in the family was there, but many of them were able to make it. The bowling event was an extension of Josh’s birthday celebration on Tuesday. The eldest Duggar son is now 32 years old.

On social media, some of the family members documented his birthday and the trip to the bowling alley. The pictures are nothing out of the ordinary for the family. In one, the family is gathered together for a group picture. But, some fans noticed something in one of the photos.

In the family picture, Jeremiah is wearing a red polo shirt. In another picture, with his back to the camera, he can be seen talking to a girl. It’s not Jana or another one of his sisters, because they are pictured too. But, Duggar fans have no idea who this girl is. 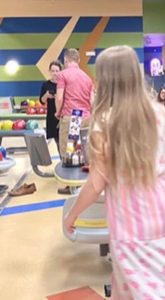 Courtship rumors are always swirling, but this one seems more legitimate to fans. After all, there is picture evidence that Jeremiah is at least talking to a girl. Plus, the Duggar kids don’t necessarily hang out with people of the opposite sex. They are typically courting or at least interested when they start talking to people.

Jeremiah turned 21 years old recently, so he’s definitely of courting age. It’s definitely possible that he and this mystery girl are more than friends.

It’s unclear why the family hasn’t made an announcement yet. They might be waiting until things get more serious. Or, maybe Jeremiah asked them to keep quiet about it.

At the end of the most recent season of Counting On, Jim Bob was hinting at something. But, since the finale, no big news has come out. He said that there was something brewing.

Duggar fans are always reaching for some kind of announcement. With 19 kids, they assume that there should be a courtship, wedding, or baby on the way. But, the most recent baby to be born is Grace, who was born in January. No pregnancy announcements have been made. No weddings are being planned.

So, fans are hopeful about this hint. They think that the picture makes it seem like he’s courting. But, after all, she could only be a friend. Duggar fans will be waiting for an announcement about a potential courtship for Jeremiah soon.

Jeremiah—Happy Birthday! I’ve been so blessed to have you as my twin brother AND my best friend! You have taught me so many things through the years, and I’m honored to have such a kindhearted, dedicated, and hardworking man as my campaign manager. I couldn’t ask for a better guy to have my back, and you know I’ll always have yours!! We've had 21 years of life together and I look forward to where God will lead us in the next 21!

What do you think? Could Jeremiah be in a courtship, or is the girl just a friend? Perhaps they will become something more. Share your thoughts below.

Jinger Vuolo Shows Off Her Daughters’ Closet
‘Bachelorette’s’ Hannah Brown’s New Man Revealed
When Does The Next Episode Of ‘This Is Us’ Air?
‘Sad’ Danielle Busby Barred From Watching Parker & Hazel’s Dance Class
‘Love After Lockup’: Scott Bradshaw Felt Betrayed by Lindsey