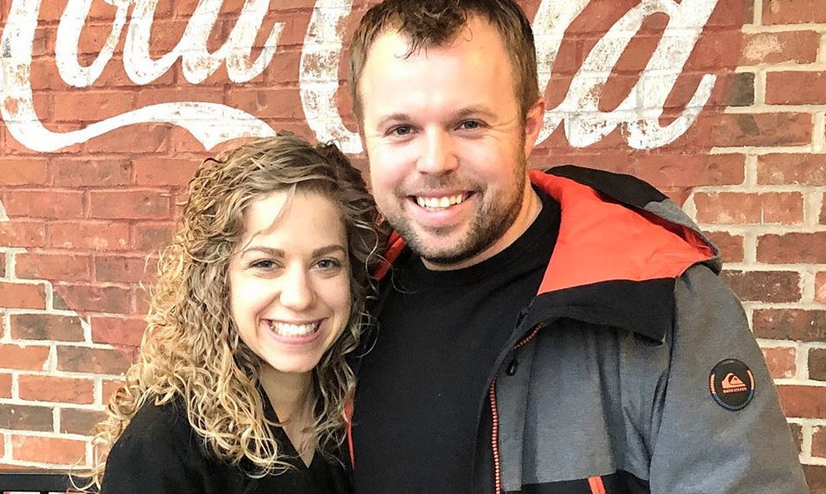 John-David and Abbie Duggar aren’t as savvy on social media as their siblings. They don’t share pictures often, which makes fans even more excited to see updates. But, since they had their first daughter, they have started sharing a little bit more often.

On Thursday, the couple shared a new picture of their little girl. In the picture, Grace Annette is wearing a little yellow top or onesie. It has white polka dots and has the word “sunshine” printed on it.

While her little outfit is adorable, her smile is even sweeter. The eight-week-old baby has a grin on her face. Her parents refer to her as their “Little Miss Sunshine“. Based on that smile, it seems like that’s an accurate nickname for her.

Plenty of John and Abbie’s followers have already started commenting on the new picture. Duggar fans can’t believe how much the little one already looks like her mom. Almost no one said she looks like her dad, John.

Their followers are obsessing over every part of the new photo. They love her smile. They think she is a cute baby. Some are saying that she’s darling or beautiful. The list goes on. Overall, the comments section is filled with all kinds of love and few negative comments about the baby girl.

In just six hours, the photo received nearly 50,000 likes. It’s gotten a lot of attention from Duggar fans, especially because John and Abbie don’t post often. This means fans are eager for updates and get excited when one comes through.

John and Abbie are proud parents

Based on what John and Abbie have shared on social media, they seem to be proud that they’re parents. The couple got married and found out Abbie was pregnant shortly after. They were overjoyed to welcome their daughter to the world in January. Abbie had a rough pregnancy, but she is doing great now. Both she and baby Grace are healthy.

In a recent Instagram post, Abbie is carrying Grace in a baby carrier attached to her chest. Duggar fans were quick to point out that Abbie looks like a natural. She seems to love motherhood already and is getting the hang of things. She hasn’t provided a formal update, but from social media, it looks like they’re doing well.

What do you think of the new picture of Grace? Do you agree with Duggar fans that she’s adorable? Share your thoughts below.