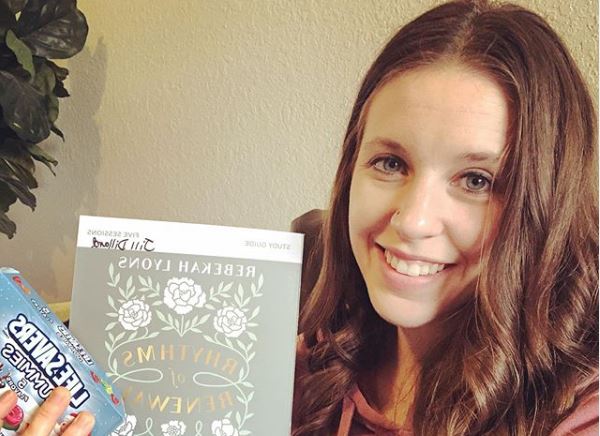 As TV Shows Ace reported, Jill Dillard went out to vote on Super Tuesday. She even took her two sons along with her. She shared a photo of them with their practice ballots. Of course, the two little guys are wearing “I voted” stickers too. Many Duggar fans love that Jill posted this. She is encouraging her followers to go out and vote. And, she’s instilling good values in her boys. Fans think it’s great that she’s showing them how to go about their civic duty.

🇺🇸 We voted! Exercise your right to vote today! . . We had fun this year printing off sample ballots for the boys to each have their own to practice with. They loved it! . . #supertuesday2020 #votetoday✅ #blessedtobeamerican❤️🇺🇸

But, not everyone was happy about the post. A Duggar fan said, “I follow Jesus’ example to stay neutral. He never sided with any party, just God’s Kingdom, since that is the only government that can bring true peace.”

Jill wasn’t going to stay silent as she received this hateful message. She said,

“Hmm….I’m not so sure I agree on that….but to each their own. We don’t side with parties…we just pick the candidate that we think will do the best job. No option is perfect, but I do feel it’s important to at least vote….somebody is gonna get elected regardless and we each have the ability to choose who will be making so many decisions on behalf of all of us as well as other issues that are voted on at the local level. I don’t feel I can turn a blind eye. It costs many people their lives for this freedom & many other countries probably wish they had the same right. ❤️ 🤗”

In another comment, she continued her response to the Duggar fan, saying, “Oh, but I do agree Jesus is the only one who brings true peace and only heaven will be free from the craziness that we often see in this world right now! ❤️”

Other Duggar kids go out to vote

On Super Tuesday, TV Shows Ace reported that several other Duggar kids went to vote. Josiah and Lauren shared a selfie featuring their “I voted” stickers. Jedidiah and his twin brother Jeremiah snapped a selfie too. Jana posted a picture of her sticker.

It’s obvious that the Duggar kids see the value in voicing their opinions through voting. Plus, the family has been involved in politics. Right now, Jedidiah is running for a position in Arkansas. He hopes to be the Arkansas State Representative District 89 in Springdale. In his campaign, the Duggar son claims to be “Pro-life. Pro-business. Pro-family.”

Even though the Duggar family members are Christians, they vote. They don’t seem to agree with what the hateful commenter said on Jill’s post.

What do you think of the comment from Jill’s follower? Do you agree that Jill and the rest of the family should stay neutral? Do you like Jill’s response? Share your thoughts below.