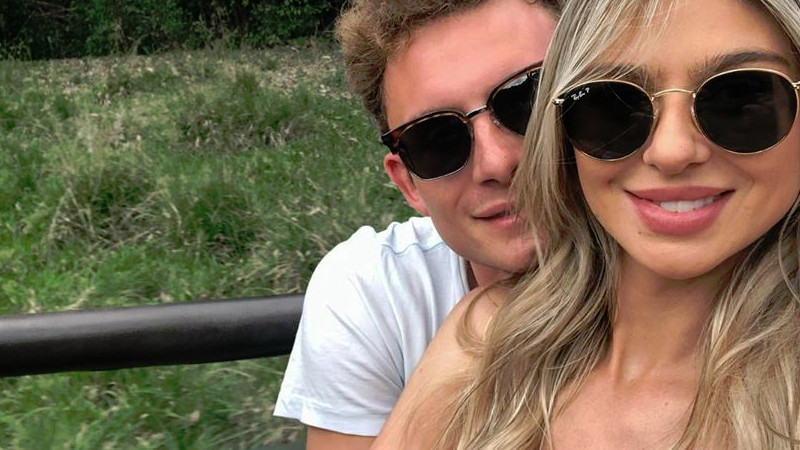 Vanderpump Rules fans know that James Kennedy has a temper, especially when drinking. Viewers have seen him fat-shame co-star Katie Maloney-Schwartz, almost come to blows with Jax Taylor and get in ex-girlfriend Kristen Doute’s face.

However, fans saw a new low to James on the March 3rd episode. The drunken DJ sent live-in girlfriend, Raquel Leviss, horrible text messages when she didn’t answer her phone. Raquel admitted to the cameras that she didn’t initially read-through all of his texts. So, of course, producers prompted her to read them aloud on camera.

The new SURver could barely get through reading the texts from James without crying. Viewers were prepared for James’ rage, considering his phone call when Raquel was late to his DJ gig during the Pride parade.

But his texts in last night’s episode were next-level. Threatening to break up with her. Calling her a slut and a whore. Just for not answering her phone.

When Raquel confided in VPR co-star Ariana Madix, Ariana told her to put an end to the behavior now before it got worse.

According to Raquel, it all started when she had been out with friends. Co-star Scheana Shay helped her home and Raquel promptly passed out in bed, leaving her phone in the other room. Oblivious to her boyfriend calling, she woke up to a series of vile texts.

James Walked Out When Raquel Confronted Him

When cooler heads prevailed, the VPR star tried to open up a dialogue with James about his drinking. She told him that he acts like a different person when he’s drunk, People reports.

Raquel isn’t the first person to confront James about his drinking. During Season 7, VPR boss Lisa Vanderpump has several conversations with him about it. In fact, he lost his DJ job at SUR over his drunken behavior. TV Shows Ace reported last month that James is back DJing at the restaurant now.

However, James didn’t appreciate Raquel bringing it up. After threatening to break up with her, he stormed out of their apartment. He did return later and they had an open conversation about his behavior and their future.

Raquel revealed to James that she couldn’t see herself having children with someone who spoke to her the way he does. Surprisingly, she got through to him. He agreed to attend AA meetings, while she said she would go to Al-Anon.

Season 8 of Vanderpump Rules was filmed in the summer of 2018. James revealed on social media that he is now 9 months sober, TV Shows Ace reports.

He has his See You Next Tuesday DJ event at SUR back. He’s still with Raquel.

Tonight’s episode is an emotional one for me. I teared up watching it back, seeing the exact moment our relationship took a turn for the better. I am not tolerating this behavior any longer and James’ decision to take his sobriety seriously means the absolute world to me. So proud of you @itsjameskennedy ❤️ #pumprules