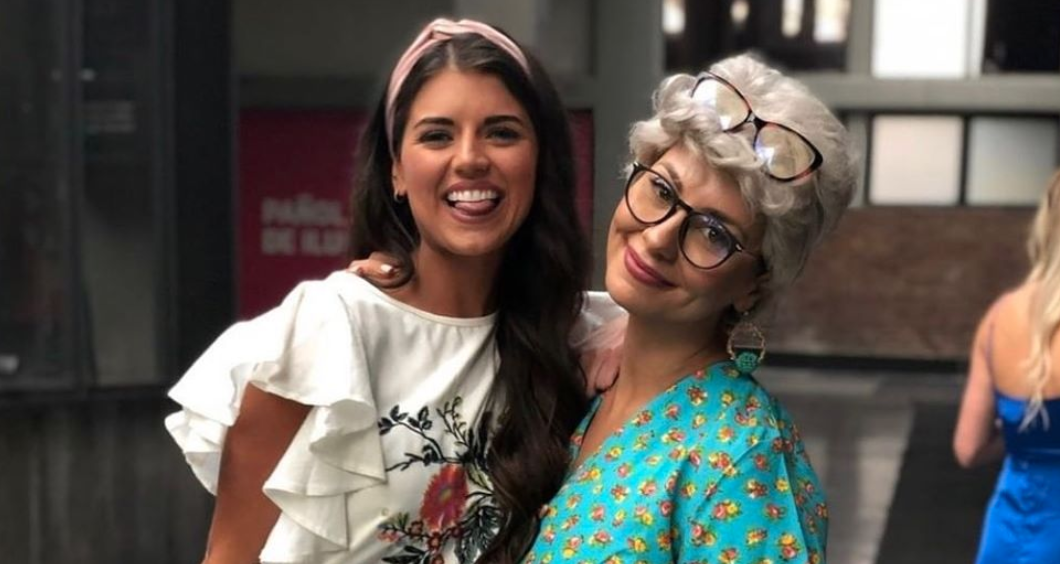 Kelley Flanagan was a Bachelor favorite at the beginning of Peter Weber’s season. However, the attorney was sent home before fantasy suites. Then WTA came out and Kelley was nowhere to be seen. She made light of it by posting some jokes on Instagram Us Weekly says.

Women Tell All was on this week, signifying the end of another season of The Bachelor. While there was lots of drama per usual, one significant woman was missing. Kelley was nowhere to be seen. She took to Instagram to joke about the situation.

If you remember correctly, there was an older woman on the show at the end chugging champagne. This became a Kelley joke after fans remembered she played an old woman in the fake sitcom earlier in the season. A fan wrote: “Wish they didn’t wait till the end of Women Tell All to show Kelley,” about the situation.

Kelley screenshot that and put it on her Insta story. She included her own text, thanking Kelsey for the champagne. It also included a side by side of the older woman and Kelley dressed as an old woman. Honestly, the resemblance is striking.

Then, she shared another clip of herself from earlier in the season. It was a clip of her throwing her arms in the air. She captioned the story: “How things go after you get the grandma role.”

It’s great that she can make fun of herself, although fans were still sad that she wasn’t part of Women Tell All. She started the season with a special part in Peter’s heart since he met her early. By the end though, the spark just wasn’t there. She sounded kind of snotty towards the other girls, but that could also definitely be the way she was cut to sound.

At the very least, she would’ve brought some very entertaining commentary to the episode. And, maybe she could’ve kept the other girls a little bit more in line than Chris Harrison could. There was a lot of talking over each other, to say the least.

Were you sad that Kelley wasn’t on this week’s episode of The Bachelor? Let us know your thoughts in the comments. Be sure to watch the two-night season finale when it airs on ABC next week. That’s the only way to find out exactly how Peter ends his season. Apparently, he doesn’t even know yet.