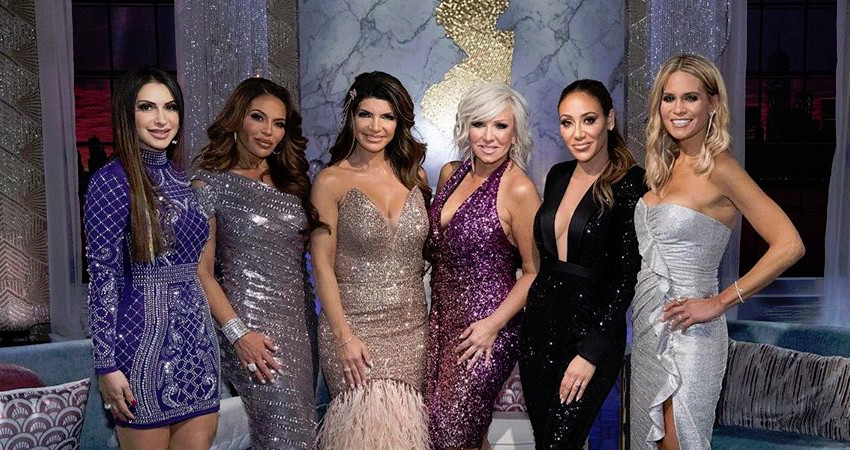 The Real Housewives of New Jersey star Teresa Giudice may be “embarrassed” about being exposed in Season 10, but she will be back for more of the drama. We already know that Danielle Staub quit after a tense season, but what about the other RHONJ stars?

Season 10 of The Real Housewives of New Jersey hasn’t even finished airing yet, but sources say production is about to start on Season 11. Part 1 of the epic reunion airs tonight. TV Shows Ace recently reported that Danielle Staub loses her cool during the reunion tapings.

Bravo took to Twitter to promote the upcoming RHONJ reunion by sharing an outtake of how Danielle prepped for reuniting with her co-stars.

Danielle shares her thoughts before heading into her last #RHONJ reunion! For more: https://t.co/IUjNzvehDj pic.twitter.com/elRxRv13BB

Reality Blurb reports that the other stars will be back. Margaret Josephs, Dolores Catania, Margaret Josephs, Jennifer Aydin and Jackie Goldschneider are all slated to return. Melissa Gorga is expected back, as well. Despite a fan petition to get her kicked off RHONJ.

Teresa’s florist recently posted on Instagram that she was updating the flowers outside the reality star’s home ahead of production of Season 11.

With Danielle exiting, Teresa remains the only original star from Season 1 of RHONJ.

Are Melissa and Teresa Feuding?

A recent post on Teresa’s social media set tongues wagging that the sisters-in-law could be feuding. Again. As fans know, the pair have had many issues over the years, including Melissa joining the show in the first place.

Teresa and Melissa seemed to get along during Season 10 of RHONJ, at least until the last two episodes. It started when Melissa confronted Danielle about the rest of the cast not wanting her around because of her behavior.

To Melissa’s shock, Danielle revealed that Teresa encouraged her to pull their co-star’s hair during an argument. Melissa told the other women what Danielle said and they confronted Teresa. The NJ icon did not handle it well.

It’s a safe bet that ponytail-gate will be a topic of discussion at the reunion, along with Melissa’s part in exposing her sister-in-law.

Teresa posted a photo of her and the rest of the RHONJcast. The post was captioned, “friends.” Missing from the photo were Danielle and Melissa.

Fans quickly took note of the perceived-snub, leading to speculation that the former friends are on the outs once again.

Teresa didn’t respond to the speculation.

Tell us in the comments if you’ll miss Danielle next season.