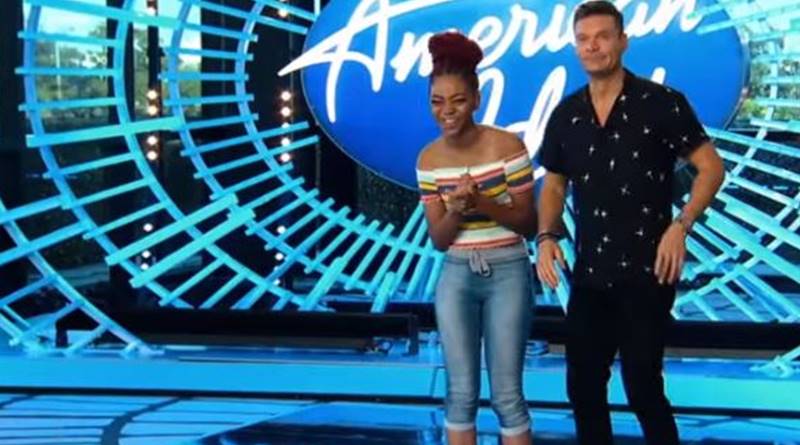 American Idol 2020 brings some surprising talent to the show. Fans already saw people like the garbage man get Katie Perry enthusiastic. Now, one lucky contestant missed the proper audition process and just waited about on the street. Eventually, Ryan Seacrest found her and gave her a chance. The judges listened to Courtney Timmons and loved her. So far does she go on the show?

Readers should please note that this article contains spoilers and references to other spoilers. If you don’t like spoilers, this a spoiler alert.

TV Shows Ace reported that Katie Perry got quite emotional this season when the garbage man auditioned. Douglas Kiker, a 27-tear-old garbage man tried out in his audition. Inspired by his daughter to show her that she could be all that she can be, he moved Katie a lot.

In fact, she told Doug at the end to remember that his voice “isn’t garbage.” We chose not to spoil how far Doug goes on the show. Well, other surprising talent showed up, and this week fans saw aspiring American Idol talent  Courtney Timmons blow the judges way as well. Unlike Doug the garbage man, she never auditioned the way expected. And, she very nearly missed her chance to even sing for an audition. Thanks to Ryan Seacrest, quite by luck, she got a chance.

Ryan takes Courtney Timmons off the street straight to the judges

Courtney explained that she thought it was a walk-in audition. But she stood in the queue for hours and hours. despite thinking she missed a deadline, she just carried on sitting and hoping. Ryan found her looking really down and spoke to her about it. The judges already had their plates full and even Ryan wasn’t sure Katy, Lionel, and Luke would sign “anybody else up.” Anyway, he took Courtney in to see them which surprised the judges a bit.

Ryan explained that nobody heard her at all so nobody knew how she sounds. But the judges let her go ahead and try out anyway even though Lionel said it was “a first.” Katie mentioned she missed out a few steps. Then Courtney told the American Idol judges that she’s a 23-year-old security guard. Luke kind of joked that maybe she used her security background to manipulate their security staff. But, they let her try out.

Courtney tries out, judges react, how far does she go?

Courtney started singing. No accompaniment helped her out, but she certainly held her notes okay. Many fans on YouTube claimed that seeing her given a chance made them believe in the show again. Katy said that she “can sing.” Then Lionel agreed, saying, she’s “a bird.” Katy told her that she’s “one of the best singers [they saw] today.” Calling it a magical moment, Katy then told her, “we’re going to send you to Hollywood.”

Well, fans know that Hollywood really separates the wanna-bes from better talent. All of them are good, but the Hollywood rounds are not an easy ride for any of them. Even last year’s American Idol winner Laine Hardy’s first attempt at Hollywood saw him sent home. The next stages see people whittled down to the Top 40, Top 20, Top 10, etc. Did Courtney survive the Hollywood rounds for the Top 40?

According to the spoiler site, Idol Pad, the Top 40 list does not show Courtney’s name. But there’s margin for error. So, we checked the Top 20 spoilers for Courtney. But, she’s not there either. So, it looks like Ryan’s girl from the street never made it through all the Hollywood rounds. But, that’s no shameful thing. Many contestants tried and failed in the past, and then came back and went much further.

Perhaps next year, Courtney will find out how to apply for her auditions and work on her experience gained from that golden ticket. What do you think? Will we see her back again? Sound off your thoughts in the comments below.

Remember to check back with TV Shows Ace often for more news and spoilers about American Idol 2020.