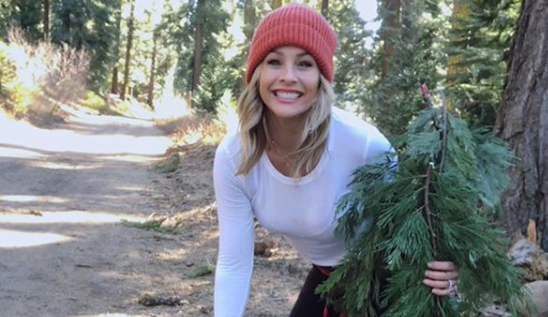 The Bachelorette lead has been announced and it’s a surprising choice for some people. Clare Crawley has been around for a while and, at thirty-eight, she’s considered an older Bachelorette.

Clare competed for Juan Pablo Galavis’ heart on his season of The Bachelor. She ended up walking away from him after making it to the end. Crawley went on to two seasons of Bachelor in Paradise but exited early in each of those seasons.

On Bachelor Winter Games she met Benoit Beausejour-Savard. The two were engaged at the end of the show. Later they split amicably. He had all good things to say. Benoit said, “She has always been so nice to me, even after the breakup. We talked on a regular basis and still care a lot about each other. I’m glad she got that chance at finding love because we both trust that process.” He went on to say he doesn’t want her to get hurt.

Benoit Beausejour-Savard gave his blessing to Crawley saying she’d be a great Bachelorette. He said, “She is smart, fun, strong, knows what she wants and most importantly, she will call out the guys messing around.” He posted a picture of them together and said she is going to be the best.

When asked what she’s looking for, she said it doesn’t matter what’s on the outside. She doesn’t have a type when it comes to looks. According to E News, she said, “It’s more if they go out of their way for me and they make me feel special. This is about me now.” She also said, she wants someone who can be open with her. A man, “who is strong, but is willing to take off the body armor, open himself up and be vulnerable and I think that is some serious strength right there.”

A few fans were upset. One Twitter user said, “four chances on the show and 38 years unmarried, no red flags.” Some people think that if they chose an older Bachelorette for less drama, they went with the wrong choice. The Twitter user said, “Clare Crawley is the definition of drama.”

Some people were happy about the choice. One Twitter user said, “I hope this brings a little maturity and seriousness to relationships.” Several fans commented they think the choice was because of the number of young and unstable girls on Peter Weber’s season. Perhaps, producers want to go for a more mature group this time around.