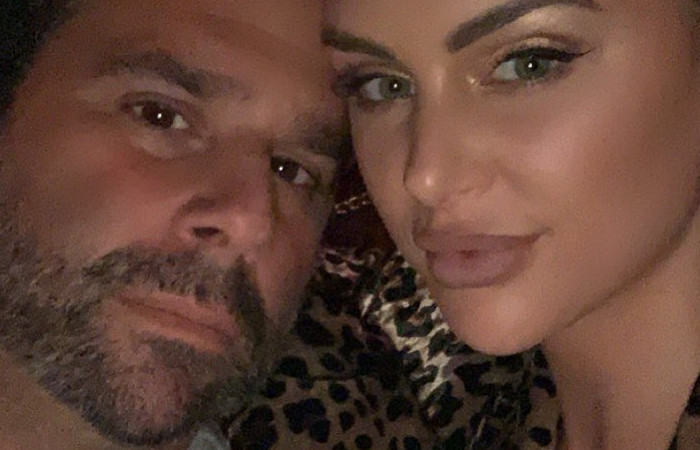 Vanderpump Rules stars Lala Kent and Randall Emmett want you to know everything you think about them is wrong. As fans know, Randall finally joined his fiancee on the Bravo show this season after years of her begging him. He reveals that he’s more comfortable behind the camera than in front of it.

The movie producer has had a string of hits, including Oscar-nominated The Irishman. Now he is taking his shot at directing his first feature movie starring Hollywood Heavyweight Bruce Willis.

When Lala Kent joined Vanderpump Rules in Season 6, she was dating a mystery man. She never said his name on the show. No one else was allowed to say his name. He never appeared on the show.

Needless to say, her co-stars and fans were not pleased by the secrecy. Randall was still married to actress Ambyr Childress at the time. However, he says the reason why he stayed off-camera was because he’s used to being behind the camera, not in front of it.

As a result, Randall read a lot of not nice things about himself and his relationship online over the years. Eventually, the couple went public with their romance and the fan reaction was even worse.

He recently opened up to Entertainment Tonight about how the fan hate made him feel. He says,

“I spiraled for the first two years, I couldn’t handle it.”

According to Randall, Lala’s response was to ‘toughen up, buttercup.’

Part of the reason Lala’s fiance finally gave in to her begging is to show the world their true relationship. TV Shows Ace reports that fans are absolutely loving getting to know the movie producer and seeing him interact with Lala. Granted, they’ve only been in a handful of VPR scenes, so far.

Randall was a VPR Fan Before He Met Lala

Perhaps one of Randall’s most surprising admissions is watching Vanderpump Rules before he even met Lala. The Hollywood hotshot watched trashy reality shows? Yep! He says the show offered an escape from work. He calls the first 5 seasons “the greatest.”

Randall also reveals that when he fell in love with Lala, she had only just made her debut on the show. The reality star newbie says he no longer watches the show because of how fans treated him. However, he supports Lala and is “petrified” of how the show will portray him. So far, so good!

Lala Says Randall is Not Her ‘Sugar Daddy’

The Vanderpump Rules stars addressed the biggest misconception of their relationship. Fans and VPR cast members alike have accused Lala of dating Randall for his money. She didn’t help that perspective with her stories of how they hooked up after their first date and he bought her a car the next day.

However, Randall says their relationship is not like that. He says that Lala, and her co-stars, are successful in their own right.

In typical Lala fashion, Lala says she’s “not chic” enough for a sugar daddy. She says in order to have a sugar daddy, a woman has to be “glammed-up” 24/7. Lala jokes that she goes to bed covered in Vicks, wearing flannels.

The couple also have a podcast, Give Them Lala…and Randall.

Be sure to check out Vanderpump Rules Tuesdays on Bravo for more insight into Lala and Randall’s relationship. Tell us in the comments if your opinion about the couple and how their relationship has changed since his VPR debut.