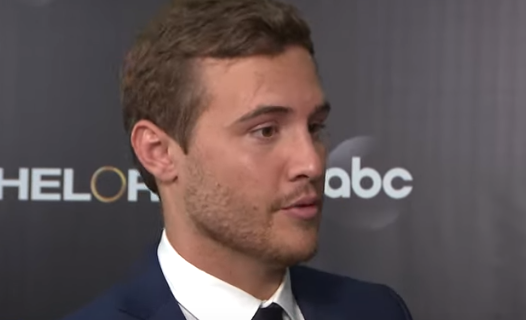 Peter Weber‘s big decision remains a mystery, even for him. The Bachelor season finale is next week and it sounds like it’s going to be a nail biter.

Chris Harrison Builds Up The Season Finale To Be Wildly Unexpected

During The Bachelor: Women Tell All, Chris Harrison had a lot to say about next week’s two-night finale. This finale will reveal what happened after Victoria Fuller went home and Peter introduced his family to the remaining two ladies. Madison Prewett remains reluctant because of Peter’s intimacy with the other ladies and the staus of her virginity.

Peter and Chris have been making it seem as though there’s an exciting ending to come out of this season, but this seems new.

“It is a finale so unexpected, so unprecedented, there is not a single person who knows how Peter’s journey will end, not even Peter,” Chris said.

There’s one big thing this could all mean, the final decision is still in the works and will be made on live TV next week. But the possibilities are crazy and the theories just keep coming. He could ask for a second chance or ask out his second choice. Maybe he’ll propose to one of the remaining ladies. Or announce a relationship with someone off-camera. He could even put a twist on the whole season and get back with Hannah Brown.

Anything could happen next week on live TV. This ending has become the most thrilling part of this fairly difficult season.

After finding out the ending is a mystery even to Peter, E! asked Peter Weber and some of his ex-girlfriends about their favorite ending theories. There was a theory roaming around about Peter ending up with his mother. He quickly debunked that theory but in return shared another wild theory that’s coming off as untrue.

“I’ve heard two women are pregnant,” Peter told us. “That’s a little out there. Crazy things, but I guess it’s kind of cool because no one knows the real ending and I’m excited for everyone to figure it out.”

Alayah Benavidez isn’t sure what the ending is either, but she’s almost certain Peter did not get engaged in Australia. Tammy Ly thinks almost any theory is believable at this point.

Sydney Hightower believes that Peter’s decision hasn’t been made yet. That does make sense to her, knowing the people involved. She says it’s no secret that Peter has an issue making decisions and feels like he’s taking some extra time to get there.