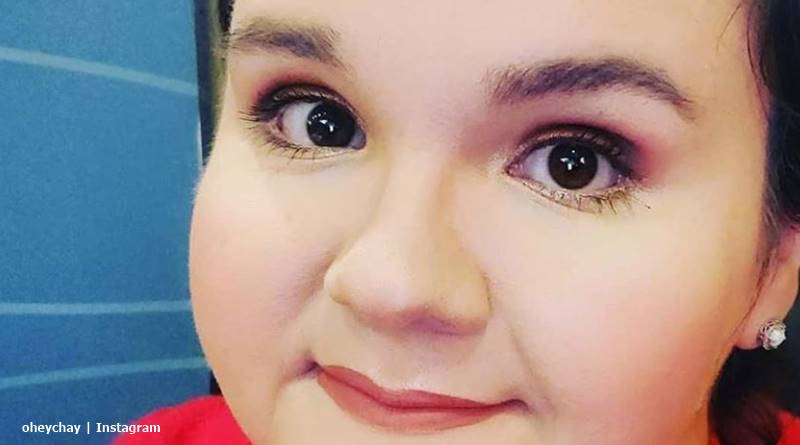 My 600-Lb Life fans heard that Chay Guillory got married to her fiance Patrick. At the time, fans hoped that TLC would film her love story. However, nobody saw any photos of Patrick. Chay explained that he’s very camera shy. Anyway, fans hoped that she’d at least share some pics on Instagram. And, now she popped up two photos.

TV Shows Ace reported that Chay Guillory, a.k.a Lola on the TLC show chose to identify as a female. Sadly, her parents never came forward as accepting of her choice. However, she followed her heart and looks rather stunning these days, fans think. Fans heard about her engagement to Patrick Mulvey when she shared a photo of a ring. Then, in early February, she announced that they married. Low-key and quiet, she merely said, ” Did a thing. Got married.”

Similarly, when the My 600-Lb Life star became engaged, she also did that very low-key. Starcasm noted that she just captioned a photo of her ring with, “I said yes.'” Despite her low-key announcements, it’s pretty obvious that things went well between her and Patrick, seeing she married him. However, fans hoped for a photo but these seem scarcer than hen’s teeth. Now, Chay shared photos of her wedding and fans finally saw him – even if just from the rear.

Taking to Instagram on Tuesday night, Chay posted up a picture that showed her dancing with Patrick. She captions it with, “Love me tender, love me true, All my dreams fulfill. For, my darling I love you. And I always will.” – (Elvis Presley). The photo shows Chay side-on to the camera, while Patrick’s got his back to the camera. However, looking like a formal setting with tables in the background, Chay looks very much in love.

"Love me tender, love me true All my dreams fulfill For, my darling I love you And I always will"

The other photo that the My 600-Lb Life star shared showed her in her wedding dress, holding her bouquet. Fans loved the photos she posted up. On the one showing Patrick, one fan said, “Such an awesome picture!!!!! Congratulations ❤️💕🎊🎉.” Another fan noted, “Bless your life together, remember to always love each other!”

The picture of Chay’s wedding dress drew lots of compliments. One fan said, “Congratulations! You look awesome.” Meanwhile, another noted that she’s a “stunning ” and “beautiful bride.”

Chay arrived on the TLC show weighing in at nearly 600 lbs. She worked hard at her weight loss, qualifying for gastric surgery. She went on to lose 200 lbs, and since then, looks to have lost even more. Are you happy to see that Chay did so well with her weight loss and found love with Patrick? Sound off your thoughts in the comments below.