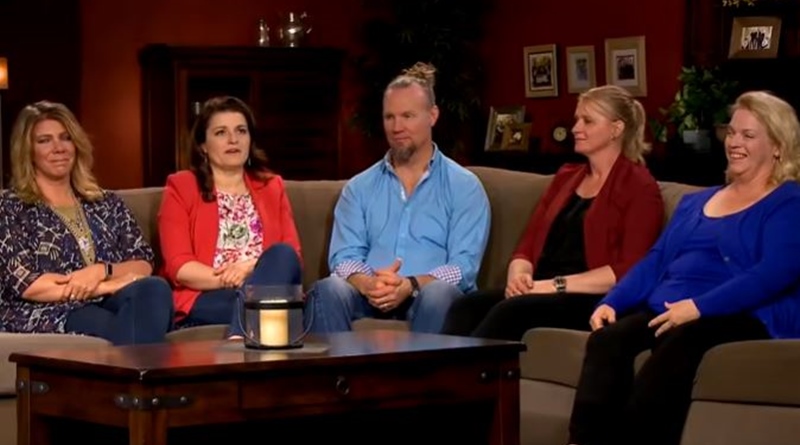 This Season of Sister Wives hasn’t been easy for Kody Brown and his four wives. In fact, they’ve been at each other’s throats mostly. For example, there is a noticeable amount of tension between Kody and Meri. This tension has become so thick it has caused issues for the relationship Kodi and Meri share with the other three wives.

During the latest episode of Sister Wives, which aired on March 1st, fans watched things get even more explosive between Kody Brown and his wives.

Kody got angry with Robyn and fans aren’t happy about it.

Robyn Brown is Kody’s fourth and youngest wife. Sister Wives fans suspect Robyn is also Kody’s favorite of his wives. His feelings for Robyn, however, didn’t stop him from getting into an INTENSE argument with her during the most recent episode.

During the episode, fans watched as the Kody and his wives argue about building their new family homes. At the last minute, Meri had a change of heart. This, unfortunately, caused a bit of a domino effect for the other three wives.

“Look, I’m not gonna sit here and fight with her. I’ll take whatever there is.” Robyn insisted. The youngest sister wife clearly didn’t care much about where she lived on the property.

Kody Brown, however, wasn’t happy with her opinion. Here’s what he had to say in response.

“I was already giving you everybody else’s table scraps, Robyn. Do you think that’s fair? I don’t.”

Robyn Brown insists that her husband stop insulting Meri. She also desires not to be pulled into the middle of a fight. Robyn fighting back, however, only seemed to make Kody Brown angrier. He shouts in response.

Kody Brown continued to tell his wives he was so angry he didn’t want to discuss it anymore. He, however, found the words to add that he believed Meri had been playing “games” such as this one since the day they got married.

#sisterwives tonight! Tonight you see us all go to Flagstaff together and make some hard decisions. We will be tweeting tonight. Will you be joining us?!

Not too surprisingly, the episode gave Sister Wives fans a lot of feelings. Mostly, they were frustrated with Kody Brown.

Despite Kody Brown never openly admitting it… Fans know he spends more time with Robyn compared to his other wives. Fans also know he kissed Robyn before they got married. Kody also picked out her wedding dress. He didn’t do these things for his other wives.

So, the social media storm of fans with opinions quickly ensued.

According to Cheat Sheet, one fan noted that Kody bought a home in Flagstaff for nearly a million dollars with Robyn. This house was more expensive than the houses he purchased with any of his other wives. This hardly seemed like “table scraps.”

Another follower added on Twitter: “We already know you bought #Robyn a new home so she’s not getting anyone’s table scraps… and her attitude about a double wide not being good enough for her tells the whole story no matter what you pay lip service to on the show!”

Here’s what other furious fans had to say:

One critic wrote: “I can’t stand Kody & Robyn. Did Kody have the audacity to say Robyn is getting Meri’s table scraps? Is this the same Meri who divorced him so that he could marry Robyn and adopt another man’s kids as his own. That Meri?”

“That season preview looked like they all gang up on Meri. Robyn gets table scraps?” Another viewer agreed.

A third Sister Wives fan added: “When in the h*ll has Robin EVER had table scraps????”

Overall, Sister Wives fans weren’t too happy with the whole exchange between Robyn and Kody Brown.