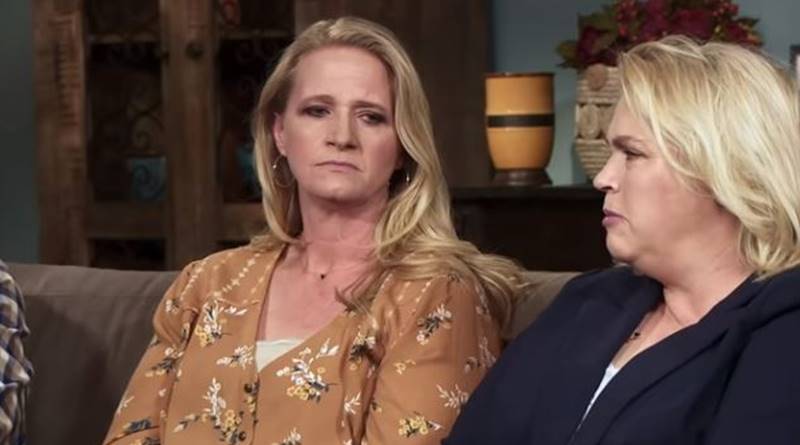 Sister Wives fans heard via Instagram that Mykelti put up a clip about a family emergency. People talked about it on a post Kody shared. Some fans wondered if Mykelti had something wrong with her. But, it now turns out that it’s probably not a problem with her, but does involve her mom, Christine Brown.

TV Shows Ace reported on the first news about an emergency. Fans commented on a photo that Kody shared about being in St. George, Utah. At a pizza place, Kody just talked about the contents and quality of his meal. But, some people commented about the emergency. Fans heard that Myleti mentioned a family emergency, but she wouldn’t talk about it any more than that. Many of them assumed the emergency could be Mykelti’s. But that seems not actually correct.

Katie Joy of Without A Crystal Ball on You Tube tracked down the original clip lurking on a LuLaRoe group on Facebook.  Speaking very fast, Mykleti told Sister Wives and LuLaRoe fans that she couldn’t say much about the emergency. Katie Joy summarized it as:

Well, Katie Joy went off to dig a bit deeper into this strange-sounding Sister Wives emergency.

Katie established that Christine’s mom and some siblings live in Northern Utah. So, maybe it’s got something to do with one of them. But, Katie speculated that there’s always the possibility that Christine Brown got over the whole drama of the polygamous family in Flagstaff. After all, her mom left polygamy long back. Well, at least that came to mind straight away. But, possibly, it just involves her mom.

The big question is, why that rather breathless and dramatic video that Mykelti made? You can see it in the YouTube video that Katie shared, below. After all, as Katie pointed out, she could have just said that Christine’s away for a bit, so ‘contact me if you have any LuLaRoe shipping concerns.’

After all, Sister Wives fans know that the various family members travel around a bit. The lack of factual information’s likely to just raise everyone’s suspicions that something bad went down in Kody’s family.

Is Mykelti just playing up for the media? Or, should people start stressing? Or, should they start applauding?  What’s really going on with Christine Brown’s family emergency? Share your guess in the comments below.