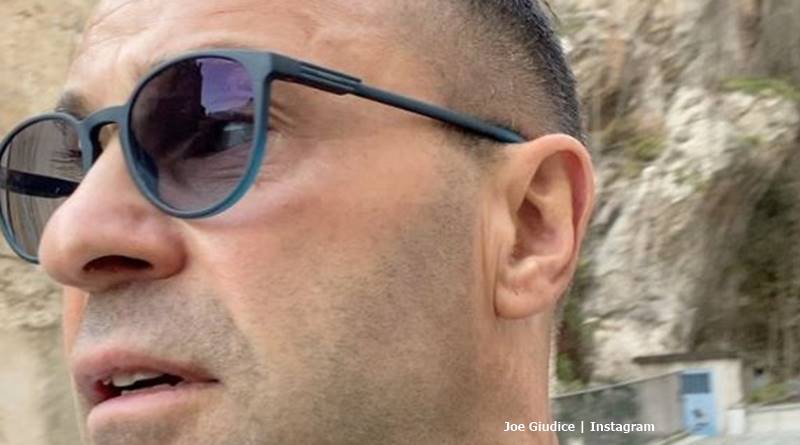 RHONJ fans saw that during the finale of Season 10 of the show, Joe Giudice and Teresa made their split official. But, fans knew that was coming as they’ve been quite vocal on heir social media about it. Plus, they know that Melissa Gorga really hopes that Teresa gets a new man and a new life. Now, Joe went online and said he tried hard for his family but failed.

Taking to his Instagram this weekend, Joe shared how he despaired. He’s been in Italy and still tried to make it all work somehow. Fans know that he waits for the final outcome of his final appeal against deportation. But things seem to be disintegrating seriously between him and Teresa and her brother, Joe. TV Shows Ace reported that Melissa Gorga makes no secret that she’s got no time for her brother-in-law and wants Teresa to move on.

Obviously, with her own family expressing their bad feelings about Joe, it’s hard for him. After all, he’s not there to defend himself. It became clear that the RHONJ star’s very despondent nowadays. From the tone of his Instagram post, he’s very down and full of regrets. And, that’s no surprise as he and Teresa lived as a man and wife for 20 years. Joe just wanted to a good dad and husband, he said. But, he failed.

Joe put together some shots of family events. He captioned his post with, “No matter how much 💯 energy and time I devoted to trying it failed.” Joe added that he just wanted to make it all a good “experience.” And, he noted that over the years, he really tried fixing the problems between him and Teresa.  But now he feels that all he gets for his efforts is “Criticism!”

Clearly upset, the RHONJ star noted, “I can’t allow others to keep lingering toxins and undesirable demands around me.” So, now he’s just turning to those people around him in Italy who he feels are “strong and inspiring.” While Joe picked up some encouragement, one fan felt he made a bad move when he told Teresa he never wanted to marry her. Well, recall that she also said she wanted out of the marriage before it even started. And, Yahoo notes Teresa’s been unhappy for some years now.

Other fans react to Joe’s regrets

Real Housewives Of New Jersey fans support Joe in surprising numbers. One said, “Teresa does not want to own any of it. The truth is her being by herself for 5 years, she wants to answer to no one now. Unfortunately one day she will see you would have been with her to the end.” Then another chipped in with, “These shows are toxic. The fame goes to most of the women’s heads and the excessive spending and sudden attention really does a number on some of them.”

What do you think? Do you believe that Joe might have succeeded as a good dad and husband without the fame of reality TV interfering? Sound off your thoughts in the comments below.