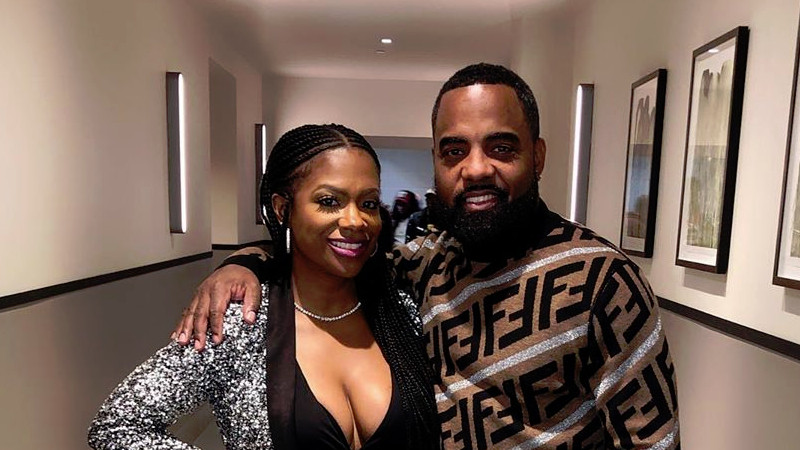 Watch out, Vanderpump Rules, there’s a new restaurant in town. Well, in Atlanta, anyway. The Real Housewives of Atlanta stars Kandi Burruss and husband Todd Tucker are getting a spin-off. It will be the fourth spin-off featuring Kandi and/or Todd.

The first, Kandi Factory, featured aspiring artists competing for a chance at recording an original song written by Kandi. It aired for one season in 2012. Next up was a wedding special leading up to Kandi and Todd’s nuptials.

In 2016, RHOA star Kandi and her husband opened a restaurant called Old Lady Gang in Atlanta. Inspired by the recipes of her mother and aunts, the restaurant offers comfort foods and southern dishes. The success of the original resulted in two more locations opening, also in Atlanta.

Reality Blurb reports that a production office in Georgia confirmed the news, though Bravo has yet to comment. Sources aren’t clear if all three restaurants will the spin-off will feature all three locations or just the original.

However, the show will reportedly be similar to the premise of Vanderpump Rules. The Real Housewives of Beverly Hills star Lisa Vanderpump owns several bars and restaurants in West Hollywood, California.

When Vanderpump Rules premiered back in 2013, it featured struggling actors and models working at SUR restaurant, trying to make it big. As the seasons progressed, the cast grew up and no longer work at SUR. TV Shows Ace reported in December that ahead of Season 8, only Jax Taylor and Scheana Shay still take shifts regularly at the restaurant.

If ‘Old Lady Gang’ sounds familiar, there’s a reason for that.

One of the problems with being in the public eye is everyone knows your business. The RHOA stars found out the downside of that last month. A random shooting at one of the Old Lady Gang restaurant locations made headline news.

3 people were wounded when a man opened fire in the restaurant. All three victims are expected to survive. Following the shooting, Kandi released a statement offering her thoughts and prayers for everyone involved.

My family and I are truly saddened by the unfortunate events that occurred at Old Lady Gang (OLG) Camp Creek, on the evening of February 14th, an evening that was meant to celebrate love, unfortunately turned into something quite different. Our prayers and thoughts go out to the individuals that were harmed or in any way negatively impacted. We are aware that this matter is being actively investigated by law enforcement and we are cooperating with law enforcement to bring to justice those involved. As African-American business owners, it has been our goal to invest in our community by bringing jobs, quality dining, and a positive experience to the greater Atlanta area; we hope that you know and understand that the acts of violence that occurred yesterday evening do not, in any way, serve as a reflection of OLG or its values. We appreciate all of the love and prayers that have come our way and we encourage anyone with any information regarding any aspects of the events that occurred to please reach out to law enforcement as soon as possible.

A local Atlanta Fox affiliate, Fox News 5, gave an update on the search for the suspect. A reward of $2,000 is being offered for information on the shooting. In addition, the news station released new surveillance footage of the incident.

Bravo has yet to offer an official statement or airdate for Old Lady Gang. Season 12 of The Real Housewives of Atlanta continues Sundays on Bravo.

Preview for next week's #RHOA!

Kenya and Marc's announcement sends shockwaves throughout Atlanta. The ladies head to Greece for a much needed vacation! pic.twitter.com/2jihXMq8sT