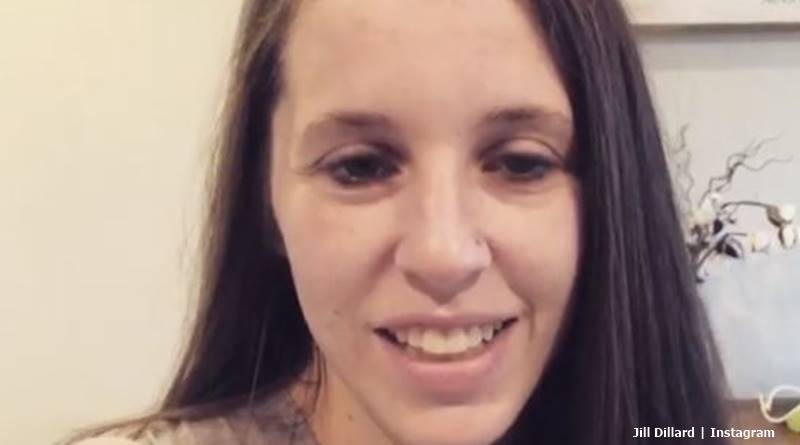 Duggar fans know that for many years, Jill Dillard followed the rules of Jim Bob and Michelle religiously. Even after marrying Derick, she conformed a lot. She wore those dowdy dresses, homeschooled the kids, and became a stay-at-home mom. But her transformation summed up in a few words actually intrigues her fans.

Jill married Derick, and initially, stayed with the low-key and conservative lifestyle. Then, a few years ago, she got a nose ring. Not much to get excited about perhaps, but for the Duggars, that’s quite rad. For a while, Jill lived her life in a conservative style. Derick worked or didn’t work, depending on his studies, while she stayed at home and homeschooled the kids.

TV Shows Ace reported that Jill’s “making some major changes. She seems to be breaking free of the chains from her childhood.” And, fans who heard Derick dishing about how Jill can only see her siblings with Jim Bob’s permission, noted she seems to have changed her ways quite quickly. The Duggar daughter was possibly the last one fans expected to break out and rebel, Cheatsheet noted.

Big changes from being a rule-follower

Derick never said why his wife needs Jim Bob’s permission to visit her siblings. But, he hinted that’s because she’s no longer permanently on Counting On. But could it be that he worries she may “infect” the younger kids with her changed lifestyle? After all, when the folks are around Jinger Vuolo, she seems to dress more conservatively than when she’s on her own in Los Angeles. Jill might not comply with their rules so much, and that could be bad for the other little kids, they think.

That’s just speculation, but it’s interesting to see the changes in Jill’s life since Derick started being more vocal about the Duggar family. Possibly, the biggest surprise came when she announced that Israel enrolled for a real brick and mortar kindergarten. Then there’s the nose ring that initiated her changes. But other things changed that fans noticed as well.

When Jill shared some photos of her with her sisters, fans took note of what she wore. Presumably, Jim Bob gave the blessing on her being with her sisters! One fan noted the entire range of changes. They wrote, “2020 Jill is giving me life! Blue jeans with holes, short hair, nosering, & Izzy starting Kindergarten!! 😎” Taken all together, along with her dangling earrings, fans think this actually rocks for Jill. Nothing newsworthy in other families perhaps, but for Jill, it’s a mega-freedom break by the looks of it.

What do you think about the different Jill Dillard that fans see these days? Are you amazed that Jill, very obedient as a child and young woman, seems to have become a major rule breaker? Sound off your thoughts in the comments below.

Remember to check back with TV Shows Ace often for more news about Jill Dillard and the Duggar family.