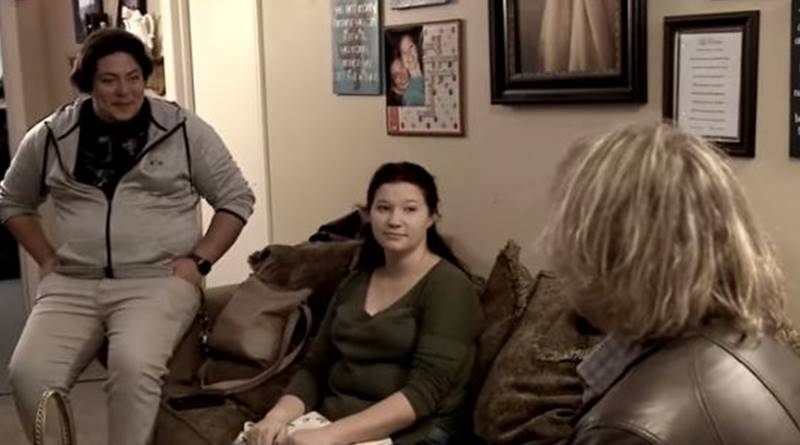 Sister Wives fans heard a rumor going around that Mykelti might be pregnant. But, she denied it completely. So, it looks like if there’s a problem with Mykelti it’s probably not about a baby. But Kody Brown’s in St. George Utah now, and fans heard some sort of emergency happened, although “nobody died.”

TV Shows Ace reported that despite rumors of a pregnancy, Mykelti, the daughter of Christine and Kody Brown denied it strongly. In September last year, Mykelti shared a photo of her looking really slim as she lost a lot of weight. That threw the pregnancy rumors out the window. The rumor originated after Mykelti shared that she couldn’t drink coffee. Fans took that as a hint that she expects a baby.

Well, that came to nothing InTouch Weekly noted. Mykelti explained that she wants kids but she’s not yet ready to share her hubby Tony with a kid just yet. Okay granted, that came back in September. Five months ago the Sister Wives‘ daughter wasn’t pregnant. But, that does not mean things changed. However, presuming she’s not preggos, then what kind of emergency saw Kody and Christine get down to St. George, Utah?

Kody posts about pizza in Utah

On Saturday, Kody took to his Instagram to share a photo of him out picking up some pizza. He captioned it with, “Best pizza in Utah! Gluten friendly and yummy!” Some people asked if they plan on moving back there. But, a couple of fans noted that he’s probably there with Christine. Those fans who know said they saw an Instagram Story by Mykelti about an “emergency.”

Notably, though, the emergency’s not about anyone who died. One person wrote, “Christine is there for some kind of emergency per her daughter Mykelti.” Asked what the emergency’s about, though, the follower said they didn’t know. The Sister Wives fan added, “Mykelti said it’s an emergency but nobody died. And she was making sure the loularue orders ship. She did a live video about it, (sic).”

Brown family not talking, so fans don’t know if they should worry

On Christine, Janelle, Robyn, and Meri’s Instagram, nobody mentioned anything wrong with Mykelti. Rather unhelpfully, Kody never replied to those who asked after her on his post. One fan commented, “hope mykelti is okay! Enjoy your visit to Utah!!” Another one wrote, “Hope all is well with each and everyone in the family.”

With nothing coming from the Sister Wives family, fans can only hope that there’s nothing seriously wrong in Mykeli’s life. Did you hear anything? Sound off your thoughts in the comments below.

‘Mystery At Blind Frog Ranch’ and the Skinwalker Ranch
Nanny Faye Chrisley Feels Like A ‘Sexy Kitten’ With Her Fresh Look
Does ‘MAFS’ Chris Williams Still Own His Restaurant Business?
‘Sex And The City’ Revival: Caitlyn Jenner In Talks To Join Series
‘My 600-lb Life ‘Update On Where Christina Phillip is now?