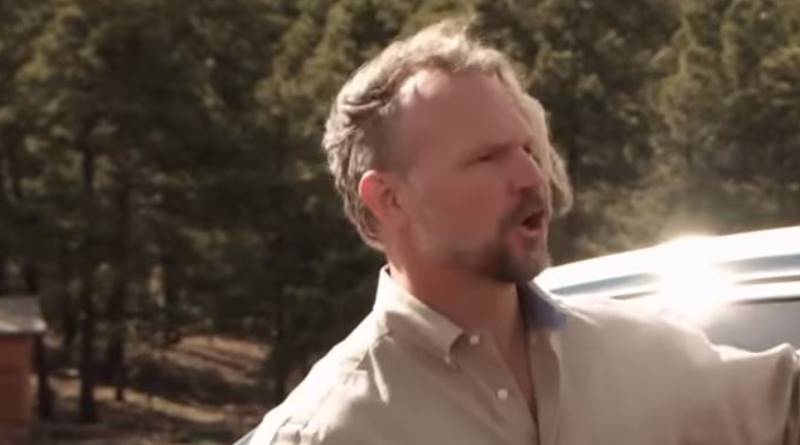 Sister Wives fans thought for a long time that Kody Brown’s favorite wife is Robyn. But, it seems he yells at her and dishes it out just as much as he does with Meri. Sunday’s episode brings his meltdown with Robyn. And, Meri’s at the center of it. In fact, things are so bad, that it sounds like Kody’s very disillusioned with polygamy.

Since Robyn moved into the Brown family, many fans got the feeling that Robyn’s Kody’s fav of all the wives. In fact, some fans think that Kody brought in Robyn because he fell out of love with Meri. Meri, his first wife just had to take it. Well, this season, fans know that Kody and Meri go to therapy. But, she feels he won’t listen. And, he feels she “plays the victim.”

Now, it all comes to a head in Sister Wives as Kody yells at Robyn and throws a tantrum about Meri. TV Shows Ace noted that Robyn mentioned Meri in a conversation. Then Kody “has a real tantrum, waving his arms and stomping.”

Kody shouts, “I was already giving you everybody’s table scraps Robyn. Do you think that’s fair? I don’t’.” He adds, “Robyn stop! Stop defending Meri.” You can see that in preview below.

US Weekly noted that after yelling at Robyn, he said, “In some ways, they’re taking Meri’s side on this,” adding, “That’s their prerogative.” So, there you have it. Meri’s seen by Kody as being wrong for getting a few allies. In fact, it almost seems like if Kody doesn’t like Meri, then none of the other wives must like her either. Actually, the outlet notes, “Kody revealed he wasn’t thrilled that his wives spend time together.”